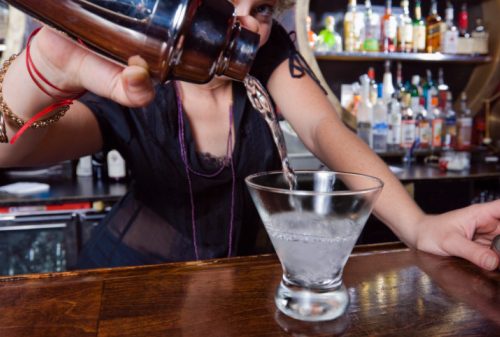 College campuses across the globe are witnessing a huge increase in alcohol consumption among students. Not many of these young people are thinking about the future consequences of such enthusiastic binge drinking. While this is a concern for both genders, recent findings suggest that young women should especially be wary of alcohol consumption. There is now a different kind of ‘high’ associated with drinking – a high risk of cancer.

These findings, published in the Journal of the National Cancer Institute and conducted at the Washington University School of Medicine in St. Louis, are based on data from 91,005 mothers. All the mothers were part of the Nurses’ Health Study II. The research team analyzed alcohol consumption in the women’s early years of adulthood, and how that influenced breast cancer risk later in life.

Fifteen grams may seem like a silly thing to get worked up about, but even such a small amount of alcohol consumed daily between the times a woman first starts menstruating to her first pregnancy is enough to significantly increase a woman’s risk of breast cancer by 34 percent. Additionally, her risk for breast cancer increases by 11 percent with each 10g increase in alcohol consumption per day.

The influence of alcohol on breast cancer, unfortunately, is not limited to that 34 percent higher risk factor. The researchers found that, for every glass of wine, bottle of beer or shot of alcohol consumed on a regular basis, a young woman’s chance of contracting benign breast disease increases by about 15 percent. This disease causes lesions within a woman’s breast tissue. While the lesions are harmless, the disease has been shown to increase the risk of developing full-blown breast cancer by 500 percent.

Graham Colditz (MD, DrPh), the co-author of the report says that more research is required to address the issue. He feels that it is now important for us to understand what young women can do to counter the effects of alcohol consumption, should they choose to drink.

As they stand, these statistics are extremely worrying. However, the message becomes more compelling when you consider the fact that not all young women are as conservative in their drinking habits as those who average a glass a day.

A Call to Action

The researchers also noted that during the time between a woman’s first period and her first pregnancy, women’s breast cells multiply at a rapid pace. They feel that this may increase the cells’ susceptibility to carcinogens like alcohol. For this reason, the lead researcher, Dr. Liu and her team conclude that the one surefire way for a woman to reduce her risk of breast cancer is for her to reduce or, even better, omit her alcohol consumption.

The root of the problem is that alcohol consumption in large quantities is growing in popularity among young adults and adolescents. As a society, we have allowed alcohol to evolve into an important social symbol. And now, research is showing how ‘uncool’ alcohol can be. Research like this calls for a serious change in our lifestyle. Changing our values is a crucial step in reducing the impact alcohol has on our friends, our children, and us.

Related Reading: Get over the hangover with home remedies