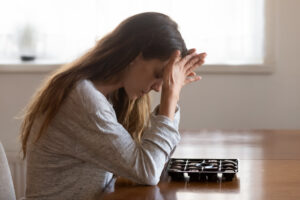 Nearly one in five young adults in the United States has food insecurity, and a new study suggests that this may increase their risk of developing diabetes. The research, which scientists at the Washington State University conducted, found that food-insecure young adults were twice as likely to develop diabetes as those who had no trouble accessing food. The findings underscore the importance of ensuring that all young people have access to affordable and healthy food.

Previous studies have found an association between food insecurity and various health issues, including diabetes, hypertension, and obesity. However, this is the first study to show a connection over time, suggesting a causal relationship.

For the study, researchers analyzed data from nearly 4,000 people from the National Longitudinal Study of Adolescent to Adult Health. They found that adults aged 24 – 32 who said they had been worried about food shortages over the past year had a greater incidence of diabetes. This was proven through blood glucose tests or self-reports and was compared to those who did not report any food insecurity risk.

“When we look at the data 10 years later, we see this separation in the prevalence of diabetes: those who experienced risk of food insecurity at young adulthood are more likely to have diabetes in middle adulthood,” said Cassandra Nguyen, the study’s lead author.

The study was unable to determine the cause of the relationship. Still, previous research has shown that adults who live in households with food insecurities often have diets with lower nutritional values.

Even without the added stress of food insecurity, diabetes is a growing concern. 37.3 million people in the United States have diabetes, and the numbers continue to rise each year. This research shows the need to ensure that young adults experiencing food insecurity are identified and shown resources to help them break the cycle.