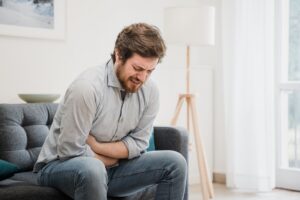 If you’ve ever had a kidney stone, it wouldn’t be a surprise if your top priority in life is to make sure it never happens again.

The blinding, excruciating pain that comes when passing it is enough to strike fear into anybody.

New research suggests that about 30 percent of people who’ve passed a kidney stone have a recurrence within five years. But the data also says there is something you can do to likely prevent it.

It might not even require a full-scale change, either. It could be as simple as eating a little bit more calcium and potassium while cutting back on the processed foods that are all too common in the Western diet.

The researchers recommend two to three servings of low-fat dairy per day (milk, cheese, yogurt, etc.) to get roughly 1,200 mg per day (which is the current recommended daily intake). Potassium consumption is a little less defined, but eating as many fruits and vegetables as possible can ensure you’re getting plenty.

Researchers from the Mayo Clinic arrived at their conclusion using data from questionnaires completed by kidney stone patients between 2009 and 2018. They compared the diets of 411 people who’d had kidney stones and a control group of 384 who hadn’t.

During a median follow-up period of just more than four years, 73 patients had recurrent kidney stones. Lower levels of calcium and potassium predicted that recurrence.

The good news is that although people are unlikely to make dietary adjustments to prevent a first kidney stone, they are likely to make some changes to prevent having to live through the excruciating pain ever again.

If you’re hoping to avoid another kidney stone, try increasing potassium and calcium intake. It could make a huge difference in your risk for recurrence.