Home » Health News » You change once you enter a relationship: Study 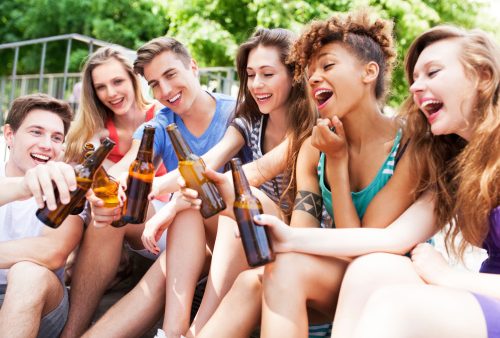 Research has proven that when you enter a relationship you actually become more like your partner and less like your friends. Brett Laursen, Ph.D., one of the study’s authors, said, “The results confirm what most friends complain about – romantic partners are a distraction from friendships. It also is a stark reminder how the peer social world changes during adolescence. Same-sex friends become less important and romantic affiliations become more important.”

Dr. Laursen added, “Much attention is given to the role that friends play in the acquisition and reinforcement of health-risk behaviors. Adolescents rarely drink alone, so concerns over peer pressure to experiment with and abuse alcohol are well placed. Often overlooked, however, is the fact that initial involvement in romantic relationships tend to coincide with initial exposure to alcohol.”

Then the researchers conducted research on a subsample of adolescents who reported stable friendships for at least two years. At the beginning the friends did not have romantic partners. Similarities between friends and alcohol abuse declined once one or both of the friends had romantic partners, as the friends became more like their partners and less like their friends.

Dr. Laursen concluded, “The findings suggest that participation in a romantic relationship does not elevate the risk of alcohol abuse beyond that involved in participation in friendships. Instead, it is the source of the risk that changes. Friends no longer shape drinking habits the way they used to. Romantic partners now dictate terms. Your friends were right: You aren’t the same person you were when you were single.”

The findings are published in Developmental Psychology.