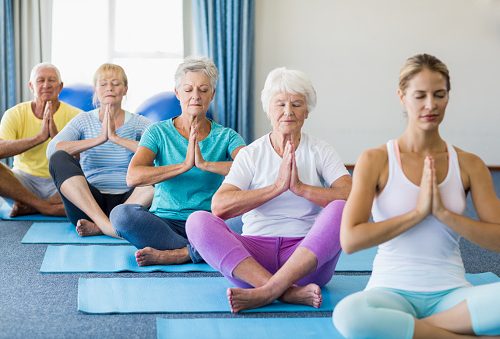 Back pain lasting for three or more months is considered chronic, and as constant pain is a disruption to daily activity, researchers set out to examine the effectiveness of yoga in treating this condition. The research was conducted by the Cochrane Complementary Medicine at the Center for Integrative Medicine, University of Maryland, and was published in the Cochrane Review. Led by Susan Wieland, the team examined the results of 12 trials completed by approximately 1,080 participants from the United States, UK, and India who were between the ages of 34 and 48. Volunteers were randomly assigned to a study, seven of which compared the effects of yoga versus completing no exercise, three observed the differences between yoga and back-focused exercises or added yoga to a back-focused exercise regimen, and two compared yoga with two separate control groups that either completed no exercise or followed a self-help book.

The results of the studies showed that yoga may improve back function and mobility, as well as work to reduce lower back pain in the first six to 12 months in comparison to completing no exercise. However, the effect was often less than what is considered clinically important, and as these studies had a short follow-up period, more extensive research needs to be conducted in order to determine any long-term effects. Participating in yoga also held similar side effects to other back-related exercises, as around five percent of participants experienced some relief after the activity. Wieland commented on these results, stating “Our findings suggest that yoga exercise may lead to reducing the symptoms of lower back pain by a small amount, but the results have come from studies with a short follow-up. At the moment, we only have low to moderate quality evidence for the effects of yoga before six months as a type of exercise for helping people with chronic lower back pain.”
While a relationship between yoga and an improvement in chronic lower back pain was discovered, it was not significant enough to show a causality between the exercise and pain relief. More extensive research must be conducted in order to get a better understanding of the potential long-term effects of a yoga regimen on chronic back pain.

Related: Back pain: Common causes and tips for treatment