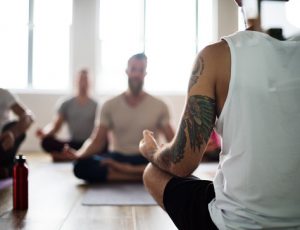 Yoga and meditation are known to promote the body and mind all while reducing stress. Some even say that these practices can be effective healing exercises that help to overcome illness.

A new study finds that practicing yoga and meditation has a positive effect on mind-body health as well as stress resilience. Both physiology and the immune system are affected.

In addition to these measured outputs, other psychometric variables including mindfulness, absorption, depression, and anxiety were documented. The relationship between psychological and biological changes was also investigated.

Not surprisingly, the research showed that participants on the retreat reported decreases in self-reported anxiety and depression while having increases in mindfulness.

However, participants also had increases in BDNF—a neuromodulator that plays an important role in learning, memory, and the regulation of complex processes such as inflammation, immunity, mood regulation, stress response, and metabolism. Increases in cortisol awaking response (CAR) were also seen, suggesting improved stress resilience.

The mind plays a vital role in your physical health

Dr. Cahn goes on to say that it is possible that a link between the exercises performed helped promote the particular regions of the brain responsible for proving positive effects on well-being and depression.

Previous studies on mental fitness and meditation have supported what the researchers observed in regard to inflammatory system status. However, it is still possible that the physical aspects of the retreat—yoga and a vegetarian diet—could have attributed to this finding to some degree.

Further studies would need to be done to clarify the extent to which the positive changes on mind-body wellness and stress resilience are related to yoga and meditation practices.