Home » Health News » Yoga injuries are on the rise 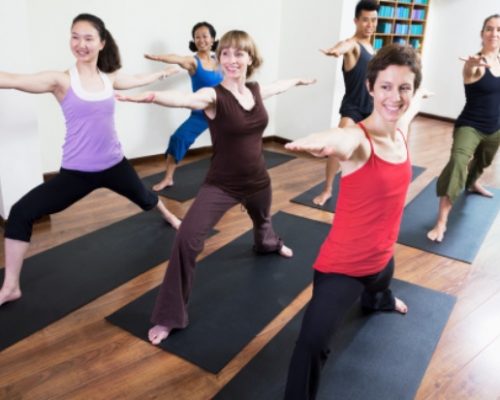 Although rare, serious yoga injuries seem to be on the rise. This is due to the fact that more Americans are partaking in yoga which is reflected in the higher rate of injury. Between 2001 and 2014, nearly 30,000 Americans were sent to the emergency room for yoga-related injuries, including sprains and fractures. With this in mind, the number of serious yoga injuries is actually quite small, compared to the number of people taking yoga. On the other hand, the rate of yoga-related injuries did seem to climb during the study period.

Furthermore, the numbers only reflect those injuries that warranted a trip to the emergency room – it doesn’t take into account other injuries that people were able to take care of without seeing a doctor. Hence, rates of yoga-related injuries may actually be greater when considering visits to the doctor’s office and at-home care.

There is a risk of injury associated with any type of activity, but yoga is generally quite safe to practice.

With yoga’s growing popularity, many participants may approach it with the same athletic and competitive notion as other forms of exercise or sports, pushing themselves too far and thus ending with an injury.
There are other reasons for yoga injuries, too, such as overcrowded classes, inexperienced participants taking advanced classes instead of beginner ones, insufficiently trained instructors, and doctor’s recommendations to take yoga without a proper understanding of the practice. Any one of these factors can increase the risk of injury.

If you are a beginner, it’s important that you start off slow and gentle, and even if you are experienced, if something doesn’t feel right, don’t push through it. Always be mindful of your form – if you are unsure, ask the instructor for guidance.

Because of the large variations seen among yoga classes, researchers recommend implementing standards for studios to adhere to in order to lower the incidence of injuries.

Related: 4 signs that you have unhealthy bones