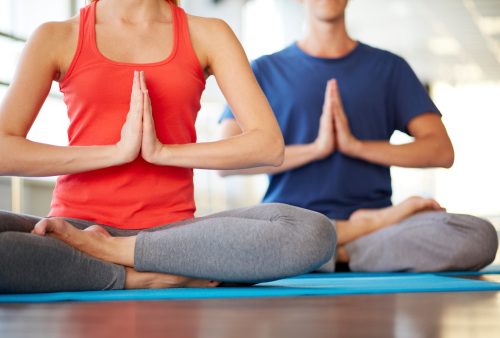 Patients with chronic obstructive pulmonary disease (COPD) can now say, “Namaste” after research found yoga to be an effective form of pulmonary rehabilitation.

Researchers at the Department of Pulmonary Medicine and Sleep Disorders and All India Institute of Medical Sciences found yoga exercises were just as effective as traditional pulmonary rehabilitation at improving pulmonary function, exercise capacity and systemic inflammation in COPD patients.

Sixty COPD patients were divided into two groups – one group was shown yoga exercises and the other received traditional pulmonary rehabilitation. Patients were tested on breathing and shortness of breath, serum inflammation and lung function. Training was completed for one hour, twice a week for four weeks, and then went down to only every two weeks for eight weeks, and then they completed the rest of the study by simply training at home.

The results found that both treatment plans – yoga and the traditional methods – had similar results when it came to improving COPD. Improvements were found in pulmonary function, Borg scale, severity of dyspnea, quality of life, how far the patient could walk in six minutes and levels of C-reactive protein after 12 weeks.

Dr. Mark J. Rosen, CHEST Medical Director, said, “This study suggests yoga may be a cost-effective form of rehabilitation that is more convenient for patients. The authors recommended adoption of yoga programs as an option as part of long-term management of COPD. These findings should be confirmed in new studies and the potential mechanisms explored.”