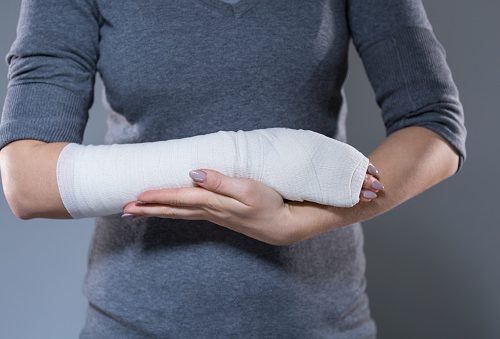 The study unveiled that one in five women who experienced a broken wrist had a non-wrist fracture within the following 10 years. Furthermore, women who broke their wrist had a 40 percent higher risk of another bone break within 11 years.

Study lead author, Dr. Carolyn Crandall, said, “Our results emphasize that wrist fractures do identify a group of women at particular risk for future fracture. The information highlights the great importance of working to develop strategies to prevent future fractures after an initial wrist fracture occurs.”

The researchers used data from women between the ages of 50 and 79, starting in 1993. Over 160,000 women answered questionnaires annually about the fractures they experienced within the follow-up years. The findings revealed that wrist fractures were associated with the following:

Even after adjusting for bone mineral density, physical activity, smoking, alcohol consumption, calcium and vitamin D intake and other fracture risks, the association still remained. The researchers suggest that bone structure and strength may be the reason for the link.

The study did have a few limitations; the replies were self-reported, so the information may not be as accurate as medically verified fractures and breaks. Additionally, the participants were part of the Women’s Health initiative, meaning they could be healthier than the average women, so results may vary in the general public. Even with limitations, the information is still important, addresses a serious issue, and reveals a new way to prevent additional fractures in women.

The researchers concluded, “Studies should develop and test interventions specifically targeted to women with sentinel forearm fracture. Our findings support the approach of the recent position statement advocating that women with wrist fracture should undergo (bone mineral density) testing.”

The findings were published in the Journal of Bone and Mineral Research.