Home » Health News » Would You Drink Less Soda If It Was Taxed Higher? 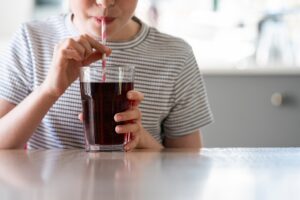 Do you think you’d consume less sugar if sugary drinks like soda and energy drinks were taxed at an additional rate?

A new study suggests you likely would not.

New research looking at the city of Philadelphia’s tax on sugar-sweetened drinks found that all it really did was turn people to eating more sugary foods or travelling beyond city limits to get their sodas, etc.

In fact, the taxes were essentially associated with increased consumption of sugar.

City officials had hoped that a tax on sugary drinks would get people to consume less sugar, a major driver of the obesity epidemic, type-2 diabetes, and heart disease, much in the way taxes on tobacco have led to significant reductions in cigarette smoking.

The results found that taxes led to a 31 percent drop in the sales of sugary drinks, but it increased sales of other sweetened foods and promoted trips outside the city for sugary drinks.

Researchers found that shopping for soda outside the city limits canceled out nearly 40 percent of the city’s sales decrease. Further, the tax led to a 4 percent increase in other sugary food purchases, and these purchases offset another 40 percent of the decrease in sales.

So, the tax didn’t work.

There may be a few reasons for this. One is that sugar is highly addictive, and if one source is out of reach, countless others exist to fulfill cravings. The way the tax was implemented could have also contributed to its ineffectiveness.

Instead of taxing all sugary products or taxing products based on sugar volume with a graduated system, it was a flat tax for all sugar drinks. Removing tax on other beverages, like water, may have also changed the results.

Getting off of a high-sugar diet can be very difficult. People can go through withdrawal and may find that they feel anxious and are unable to taste food. These symptoms, however, will subside.

Plenty of naturally sweet fruits, for example, may help with cravings. Pears, pineapple, apples, strawberries, and melons are just a few.

Good things happen when you eat less sugar, but you have to make the decision to do so. Read labels and eat more consciously to reduce weight and diabetes and heart disease risk.