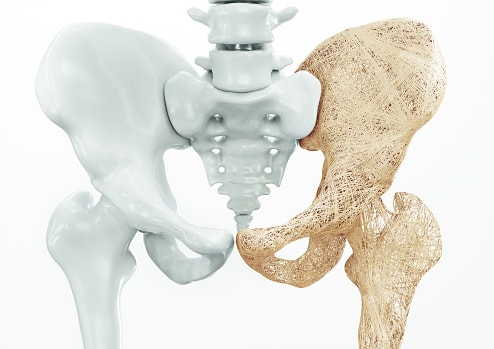 Osteoporosis is a major concern for adults getting closer to their elderly years. It can lead to severe injury even after a minor fall or abrasion and can cause elderly patients to have decreased mobility.

A common comorbidity of osteoporosis is chronic kidney disease (CKD), although the relationship between them doesn’t have much research behind it. Adults with CKD face a far higher risk of death with the worsening of the kidneys than adults without CKD.

The connection between CKD and osteoporosis isn’t entirely unfounded. CKD is also related to a decrease in bone quality and serious injury after a fall, including bone fractures. A group of researchers recently released the results of their new study, seeking to answer certain questions about CKD and its relationship to osteoporosis.

Specifically, they looked into whether CKD increases the risk of fracture or whether it simply indicates underlying medical concerns and if race or ethnicity affects the results. African Americans have a higher rate of CKD while also reporting lower fracture levels than Caucasians.

Approximately 33 percent of all older adults will suffer an osteoporotic fracture in their lifetime and 25 percent will also develop CKD. The researchers found that even moderate cases of CKD in elderly patients were related to an increased risk of fracture, despite any other morbidities the patient may be suffering.

Kidney Function Should Be Considered When Screening for Osteoporosis

The researchers believe that their findings should be taken into consideration when it comes to future guidelines for osteoporosis screenings. Currently, men over 65 are recommended to have the screening when they display one or more of the risk factors for fracture.

The researchers note that the majority of major healthcare societies do not currently recognize CKD as a risk factor, meaning that patients who present with CKD aren’t being recommended for an osteoporosis screening. According to the study, kidney function is also not commonly considered a risk factor for bone fracture, although the researchers argue it should be.

Overall, this study shows that lowered kidney function, particularly in CKD patients, is related to an increased risk and higher incidence of osteoporosis-related fractures.

What is the life expectancy with stage 4 kidney disease? Symptoms, treatment, and diet