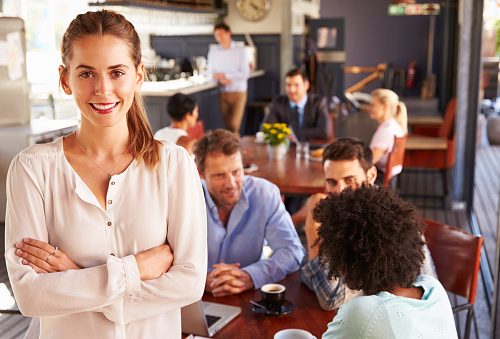 Employees at Fortune 500 companies that took part of a pilot study of workplace flexibility had higher levels of job satisfaction and reduced risk of burnout and psychological stress compared to other employees in the same company who did not participate.

The study was conducted over the course of 12 months within the IT departments of a Fortune 500 company. The department was split into two groups: half the employees were part of a pilot study where they learned how to increase control in their work lives which focused on results and not so much about time spent in the office.

The second half was the control group which did not receive the new training and only followed the companies preexisting policies.

In the group that received the training, employees implemented what they had learned which consisted of rearranging their work schedules, working more from home, rethinking how many meetings they attended each day, used more instant messaging and performing better during times of higher demand.
Researchers Phyllis Moen and Erin L. Kelly said, “Employees who participated in the organizational initiative said they felt more control over their schedules, support from their bosses, and were more likely to say they had enough time to spend with their families. Moreover, these employees reported greater job satisfaction and were less burned out and less stressed. They also reported decreases in psychological distress, which captures depressive symptoms that do not amount to clinical depression.”

Kelly explained how flexible working schedules often have a bad reputation adding, “The worker thinks, ‘If I ask for special treatment, it will kill my career and I won’t get promoted.’ The manager thinks, ‘If I give in to this employee, others will ask me too and no one will get their work done.’ Even many academics take a skeptical view flex of programs and see them as a way for Corporate America to take advantage of workers.”

Moen explained, “Our research demonstrates that workers who are allowed to have a voice in the hours and location of their work not only feel better about their jobs, but also less conflicted about their work-to-family balance. Crucially, these workers are also more efficient and more productive on the job. In other words, workplace flexibility is beneficial–not detrimental–to organizations.”

Previous research which examined improvement of employee’s wellbeing suggested it increases productivity reduces absenteeism, turnover, and presenteeism – showing up to work but not being engaged.

Moen concluded, “Today’s workers are bombarded by advice on how to juggle their work and family lives–we’re told to take up yoga, or learn to meditate, or only check email twice a day. But individual coping strategies alone won’t solve the problem. Our study makes clear that organizational initiatives, including programs that promote greater flexibility and control for workers as well as greater supervisor support, are needed.”