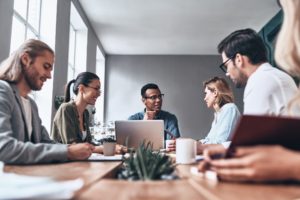 There are many reasons why people show a higher risk of high blood pressure, and working long hours behind a desk could be added to the list. High blood pressure or hypertension is a common condition in which the long-term force of the blood against your artery walls is high enough that it may eventually cause health problems, such as heart disease.

A study out of Quebec, Canada analyzed data from more than 3,500 white-collar workers and found that those who spent long hours on the job were 66% more likely to have sustained hypertension and 70% masked hypertension. Masked hypertension is blood pressure that is normal when tested at a doctor’s office, but that is high at other times.

The study’s lead author, Xavier Trudel, an assistant professor in social and preventive medicine at Laval University in Quebec, said in a statement: “People should be aware that long work hours might affect their heart health, and if they’re working long hours, they should ask their doctors about checking their blood pressure over time with a wearable monitor.”

“Masked hypertension . . . is associated, in the long term, with an increased risk of developing cardiovascular disease,” Trudel added. “We’ve previously shown that over five years, about one in five people with masked hypertension never showed high blood pressure in a clinical setting, potentially delaying diagnosis and treatment.”

Long Hours Spent In the Office

When researchers analyzed blood pressure data and accounted for factors that may affect the risk of hypertension, they found that working long hours significantly raised the risk of high blood pressure. Participants working 49 hours or more per week were 70% more likely to exhibit masked hypertension, while those working 41 to 48 hours per week were 51% more likely to have masked hypertension. This was compared to colleagues who spent less time at the office.

The study, reported in Hypertension, caught the attention of Dr. Matthew Muldoon, a professor of medicine at the University of Pittsburgh, Pennsylvania, and director of the hypertension program at the UPMC Heart and Vascular Institute.

Muldoon suspects the increased risk of hypertension might be related to long hours sitting. “And certainly, it’s possible that people who work long hours are not as active,” he said. “Employers might want to offset long hours by giving breaks or encouraging physical activity during the day.”

While more research needs to be done on this subject to find the exact cause of hypertension, it does open the door for physicians to ask questions about the amount of time patients spend at the office. This could help to lower the risk of hypertension in some patients if caught early.