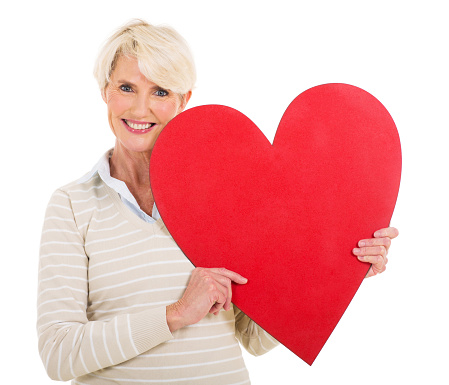 Women using hormone replacement therapy (HRT) to relieve menopause symptoms may have a lower risk of death and better heart health than those who don’t, according to a study from Cedars-Sinai Medical Center. Researchers retrospectively examined the health records of over 4,200 women who were given a coronary calcium scan between 1998 and 2012.

A coronary calcium scan is a type of CT scan that allows doctors to measure the amount of calcium within the heart’s arteries—higher levels of calcium are an indicator of plaque buildup that may lead to heart attacks and strokes.

Researchers took into account each individual’s age, their coronary calcium score, and their cardiovascular risk factors, which include diabetes, high blood pressure, and high cholesterol. They drew three conclusions: the first was that women who were receiving hormone replacement therapy were 30 percent less likely to die than those who were not. The second was that these women were 20 percent more likely to have a coronary calcium score of zero—the lowest possible score, and 36 percent less likely to have a coronary calcium score over 399—which is indicative of atherosclerosis. The third conclusion was that women who were using hormone replacement therapy were less likely to suffer a heart attack, as the amount of plaque buildup in their arteries was much lower than their peers who were not using HRT.
Lead author of the study Dr. Yoav Arnson commented on their findings, stating, “Hormone replacement therapy resulted in lower atherosclerosis and improved survival for all age groups and for all levels of coronary calcium. From this, we do think it is beneficial, but we need prospective randomized studies to confirm the findings and determine which groups might not benefit or might even be harmed by this therapy.”

Hormone replacement therapy is controversial, and while it has been found to lower the risk of osteoporosis and increase heart health in some women, it has also been linked to an increased risk of cancer and stroke. Further research into this treatment must be conducted before it can be determined whether HRT is a viable and safe option for treating health conditions.

Related: Heart attack symptoms in women over 50: Facts on women and heart disease