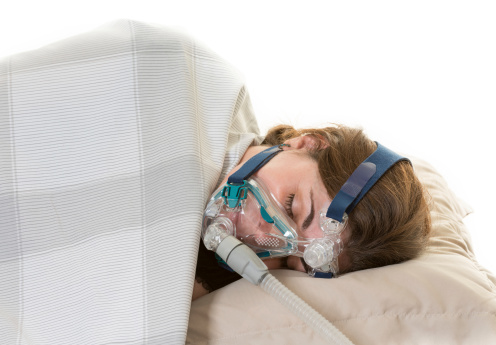 Sleep apnea in women may lead to a higher degree of brain damage compared to men. Although sleep apnea is most common in men, there are still numerous women who also have this sleep disorder that results in the stoppage of breathing numerous times a night.

Sleep apnea has been linked to many health problems and consequences, including high blood pressure, fatigue, and – as it was recently found – brain damage.

The study looked at 400 women from a random sample of 10,000 women who underwent sleep tests and filled out questionnaires.

Lead author Dr Karl Franklin said, “We were very surprised to find such a high occurrence of sleep apnea in women, as it is traditionally thought of as a male disorder. These findings suggest that clinicians should be particularly aware of the association between sleep apnea and obesity and hypertension, in order to identify patients who could also be suffering from the sleeping disorder.”

An alternative study uncovered that women with sleep apnea have a higher degree of brain damage compared to men. The findings were uncovered by researchers at the UCLA School of Nursing. Ten years ago, researchers were the first to uncover brain damage in sleep apnea among men, and now they found the same results in women, but the damage was worse.

The researchers compared nerve fibers in sleep apnea patients to individuals without sleep disorders to try and uncover differences between men and women with sleep apnea.

Chief investigator Paul Macey said, “While there are a great many brain studies done on sleep apnea and the impact on one’s health, they have typically focused on men or combined groups of men and women, but we know that obstructive sleep apnea affects women very differently than men. This study revealed that, in fact, women are more affected by sleep apnea than are men and that women with obstructive sleep apnea have more severe brain damage than men suffering from a similar condition.”

Women were impacted in the cingulum bundle and the anterior cingulate cortex, areas in the front of the brain involved in decision-making and mood regulation. Furthermore, they had higher symptoms of depression and anxiety.

Macey added, “This tells us that doctors should consider that the sleep disorder may be more problematic and therefore need earlier treatment in women than men.”

Symptoms of sleep apnea include:

Misdiagnosing sleep apnea can cause further health complications, as simply treating sleep apnea can lead to a vast improvement in overall health. In order to properly diagnose sleep apnea, a patient should undergo a sleep test in which they are monitored for the signs of sleep apnea in a sleep clinic.

Tips for living with sleep apnea

Sleep apnea patients are prescribed a continuous positive airway pressure device (CPAP), which is a facial mask worn during sleeping hours to prevent pauses in breathing. By treating sleep apnea, symptoms will decrease, alleviating daytime fatigue and insomnia, and even restoring blood pressure.

Other things to consider is your weight. Obesity can contribute to sleep apnea as well, and weight loss can help reduce the severity of sleep apnea.

Daily exercise is important too, as not only does it aid in weight loss, but it can improve sleep as well.

Lastly, try to avoid sleeping on your back, as it worsens sleep apnea. Instead, sleep on your side, as this position helps to keep your throat open.