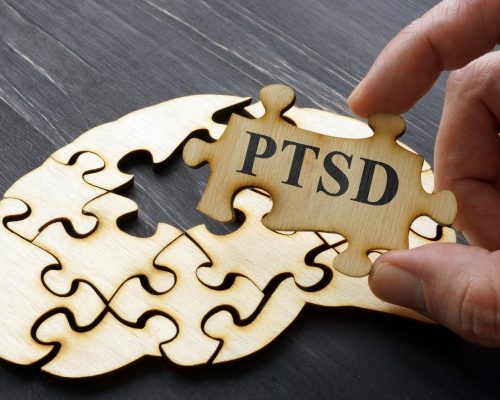 A new study reveals that women with post-traumatic stress disorder (PTSD) and depression have a significantly greater risk of early death than those without the conditions. Researchers at Harvard T.H. Chan School of Public Health ran the long-term study, which strengthened the understanding that mental and physical health are tightly interconnected.

The need for a better understanding of the relationship between physical and mental health is significant during the pandemic. Due to social isolation and unusual stress, many Americans are suffering from their mental health.
The study, published in JAMA Network Open, is the first to look at the connection between PTSD and depression in civilian women. All previous research has focused on men in the military.

More than 50,000 women aged 43 to 64 years were studied. The study showed that women with both high levels of PTSD and depression symptoms were nearly four times more likely to die from almost every major cause of death over the following nine years of follow-up. The causes of death were found to be cardiovascular disease, respiratory disease, type 2 diabetes, accidents, suicide, and other causes.

Researchers found that smoking, obesity, and lack of exercise only explained a relatively small part of the death rate among women with post-traumatic stress disorder (PTSD) and depression. This suggests that other factors, such as the effect of stress hormones on the body, may account for the higher risk of early death in women with these disorders.

“These findings provide further evidence that mental health is fundamental to physical health—and to our very survival. We ignore our emotional well-being at our peril,” said Karestan Koenen, senior author of the study.

PTSD can occur after a dangerous or frightening event. Many people feel afraid, upset, or anxious after such an event. But for some, these feelings can last several months or years afterward. They may keep reliving the event and avoid places or items that remind them of what happened. Women have been found to be twice as likely to develop PTSD in their lifetime compared to men.

Symptoms of PTSD can include insomnia, flashback, low self-esteem, and a lot of painful or unpleasant emotions. Depression is a mood disorder that causes a persistent feeling of sadness and loss of interest.

Researchers believe that the treatment of depression and PTSD in women with symptoms of both disorders could help to reduce the increased risk of mortality. Treatment for both PTSD and depression is a long-term process, which can include psychological treatments and medication.

Experts believe that starting treatment for depression and PTSD at an early stage may reduce the high risk of early death in women. If you or someone you know is suffering from depression or PTSD, talk to a healthcare professional about your treatment options right away.