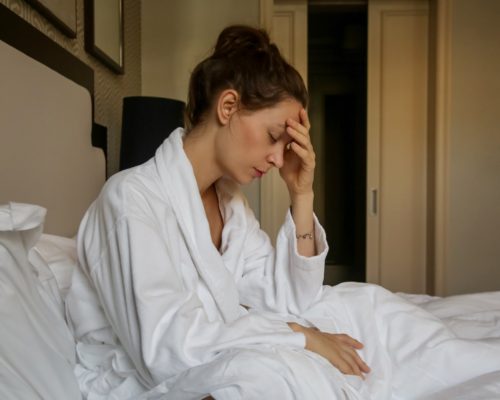 Women who experience early menopause may be more likely to have heart problems before they reach the age of sixty, according to a new study. This new research could help to identify women who are most at risk of cardiovascular disease.

The study conducted at the University of Queensland in Brisbane, Australia used data from 15 observational studies with a total of more than 300,000 women, including almost 13,000 women who survived cardiovascular events such as stroke or heart attack after menopause.

“Heart disease is a leading cause of illness and death for women,” said senior study author Gita Mishra.

“These findings will help to identify women at most risk of cardiovascular disease for closer monitoring and earlier diagnosis and even prevention of the disease.”

Increased Risk of Other Health Issues

Previous studies had already linked early menopause to an increased risk of osteoporosis, diabetes, joint pain, and sleep problems such as insomnia. It can also contribute to women having fewer reproductive years, especially when it is preceded by premature ovarian failure, which is when the ovaries stop working before the age of 40.

In the current study, it was noted that women were, on average, 50 years old when they experienced menopause. Only 1.2% of the women in the study had premature menopause before the age of 40, and 4.7% experienced it from age 40 to 44.

There were many limitations to study as it was only observational. Many of the cardiovascular events were reported by the participants, and not confirmed by medical records. It is also possible that if any of the participants used hormone therapy, it could have impacted the results.

Even with possible limitations on this study, the results still highlight the need for women to be vigilant about their heart health if they experience early menopause. Health care practitioners also need to be made aware of the connections between menopause and cardiovascular events that it may trigger later in life. More research needs to be done, but this study goes a long way to helping those who may be at risk for cardiovascular health issues.