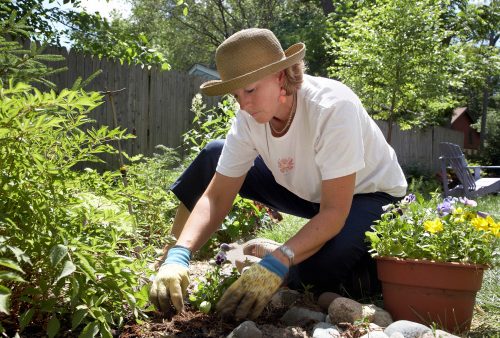 There are few studies examining the challenges women face when they go back to work after long-term sick leave. Researcher Dr. Eva Lidén explained that lack of knowledge is problematic from an ethical, justice and care perspective.

Between 2010 and 2011, the government designated special funding to reduce sick leave among women. Two initiatives that received funding were gardening therapy and job coaching.

Dr. Lidén said, “A combination of garden therapy and coaching strengthened the participants’ physical and mental health, and led to the women reporting improved vitality and social capabilities. Therefore, we conclude that this model should be considered during rehabilitation of certain women on long-term sick leave.”

Women included in the study ranged from 21 to 62 years old and received economic support for one to 10 years. These women’s mental and physical health was deemed poor. The treatment took place at four “Green Rehab Gardens” where physical therapists, occupational therapists and social workers assisted the women.

Over the course of 14 weeks the women received therapy for two to four sessions a week. At the beginning of the study the women had a consultation with a job coach who supported and assisted the women with job searching and other job-related needs. Some women continued with the coaching even after the gardening therapy was done.

The findings were published in the Scandinavian Journal of Caring Sciences.