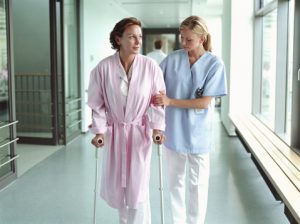 Although anyone can experience a stroke, a new study has found that women and minorities fare worse during stroke aftermath, compared to men and whites. Dr. Richard Libman, vice chair of neurology at Long Island Jewish Medical Center in New Hyde Park, said, “This study drives home the point that outcomes are worse in women and minorities. It is incumbent upon all of us involved in stroke research and treatment to clarify the reasons for worse outcome and to focus our efforts on improving outcomes in these groups as well as everyone who has had a stroke.”

The study explored 129 patients who were asked about their mobility, arm strength, and ability to complete daily tasks after a stroke or mini stroke. The patients received scores between zero (worst) and 100 (best).

Patients with a prior stroke or mini stroke had lower scores, compared to those who experienced their first stroke.

The findings suggest that post-stroke rehabilitation needs to be improved, especially for women and minorities.

The findings were presented at the annual meeting of the American Stroke Association in Los Angeles.