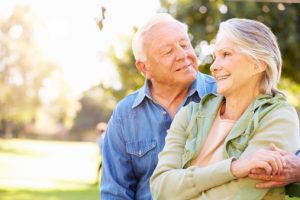 A possible explanation why women are outliving men may have to do with the fact that families are becoming smaller and women are having fewer children. Researchers looked at data from 140,600 people in Utah and found that men born in the late 1800s lived on average two years longer than women. This trend was reversed by the 1900s, as women began to live on average four years longer than men.

Around the same time that women began living longer than men, the number of children they had also began to fall. The researchers found that women who had at least 15 children lived on average six years less than men.
Study leader Elisabeth Bolund explained that the research highlights, “the importance of considering biological factors when elucidating the causes of shifting mortality [death] patterns in human populations. Our results have implications for demographic forecasts, because fertility patterns and expected life spans are continuously changing throughout the world.”

“For example, the results suggest that as more and more countries throughout the world go through the demographic transition, the overall sex differences in life span may increase,” Bolund concluded.