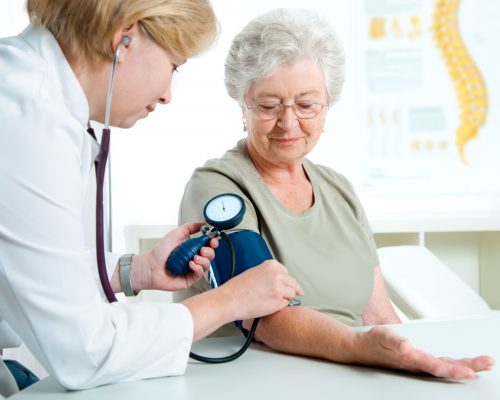 Blood pressure guidelines seem to be in the spotlight more than ever as the number of people who suffer from high blood pressure rises. But until now, the discussion around blood pressure seemed to focus on men and women as a whole.

However, a new study from the Smidt Heart Institute at Cedars-Sinai shows that women have a lower “normal” blood pressure range compared to men. This could mean significant changes to guidelines and prevention methods.

Currently, the established guidelines state that both men and women have the same range of normal blood pressure. The author of the study, Susan Cheng, MD, MPH, MMSc, spoke about the research investigating blood pressure differences between the sexes. She said, “Our latest findings suggest that this one-size-fits-all approach to considering blood pressure may be detrimental to a woman’s health. Based on our research results, we recommend that the medical community reassess blood pressure guidelines that do not account for sex differences.”

For the study published in Circulation, Cheng and her team examined blood pressure data from four community-based cohort studies, comprising more than 27,000 participants, 54% of which were women.

For decades, the healthy range of blood pressure readings included a 120 mmHg for systolic. The systolic blood pressure reading measures the force of the blood against the artery walls as the heart beats. It is known that persistent elevations above this limit can lead to hypertension, which is the key risk factor for common cardiovascular diseases such as heart failure, heart attack, and stroke.

Previous research has provided evidence to show that women’s blood vessels age faster than men’s. Women also seem to have different biology and physiology than men, which may explain why women may be more susceptible to developing certain types of cardiovascular disease and at different points in life.

A Different Way of Testing

This study found different results from previous tests, possibly due to the way the tests were compared. This was the first to compare women to women and men to men, rather than the common model of comparing women to men.

“If the ideal physiologic range of blood pressure truly is lower for females than males, current approaches to using sex-agnostic targets for lowering elevated blood pressure need to be reassessed,” said Christine Albert, MD, MPH. “This important work is far-reaching and has numerous clinical implications.”

Researchers plan to extend their study to examine whether women should be treated for hypertension when their systolic blood pressure is higher than 100 mmHg rather than the current recommendation of 120 mmHg. This study could help to change the way prevention is handled for cardiovascular disease risk.