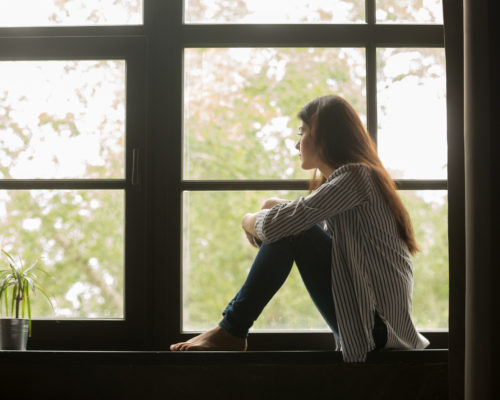 New information suggests that women who experience loneliness because of social isolation may have a higher risk of hypertension. Both mental and physical health can be negatively affected by social isolation, and with pandemic lockdowns, many people are experiencing symptoms that need to be addressed.

A study conducted by researchers at the University of British Columbia has found that social isolation can affect men’s and women’s health in different ways. The study analyzed data from the Canadian Longitudinal Study on Aging, which included the social ties of 28,238 adults aged 45 to 85. It was found that women who were non-partnered engaged in fewer than three social activities a month or had a small social network (fewer than 85 contacts) had higher odds of hypertension.

A large difference in blood pressure was found between widowed lone-living, socially inactive women, and married women. Widowed women were found to have the strongest likelihood of hypertension across all categories.

Among men, the results were found to be extremely different. Those who were single, shared a home with others, and had the largest social networks had the highest blood pressure, compared to those who had smaller networks and lived alone who had lower blood pressure.

Different social ties were also found to alter the outcomes. Regular social participation appeared to have a protective effect on hypertension among non-partnered women. This may suggest that health care workers may want to screen for the number of monthly social activities and include these alongside a healthy diet and exercise when treating non-partnered older women.

“Among women, the increase in blood pressure that was associated with the lack of social ties was similar to that seen with non-steroidal anti-inflammatory use, increased sodium diets pollution or weight gain,” said principal investigator Annalijn Conklin. “This represents a significant women-specific risk factor for heart disease or stroke.”

Previous research by Conklin has found that women who were single, divorced, or widowed had higher odds of abdominal and general obesity. Men were less likely to be obese if they lived alone and had a smaller social network.

“Taken with our previous research, our new findings underline how social isolation affects health in men and women differently,” said Conklin. “At a time when COVID-19 is forcing us to limit our social interactions, it’s important for those working in health care and public health to encourage older women, in particular, to find new ways to be socially active.”

The COVID-19 lockdown has led to many physical and mental health problems that researchers are just starting to analyze. This study shows the effects of loneliness and how it can lead to high blood pressure and is one of the first to outline how the pandemic can affect every American during a lockdown. As research continues, more information will be available, which could help physicians offer specific preventative treatments for patients who are at risk for certain conditions due to loneliness or isolation.