Home » Health News » Women Ages 35 and Younger Are 44% More Likely to Have Ischemic Stroke vs. Men 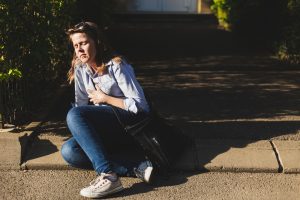 According to new research from the American Stroke Association, women under 35 are more likely to have an ischemic stroke than their male counterparts. An ischemic stroke is a brief stroke-like attack caused by blocked blood vessels in the brain. Despite resolving within minutes to hours, it still requires medical attention.

For a new article in the second annual Stroke issue, researchers compiled articles to address the gap in knowledge of stroke among women. Since stroke affects more women than men each year, researchers want professionals to know about women’s latest research, prevention, and treatment of strokes.

Researchers analyzed the differences in stroke incidence among women and men in various young adult age groups for the article. We used population-based original studies to focus on young adults 45 years of age and younger.

The studies included data on any stroke type, including ischemic strokes, hemorrhagic strokes, cryptogenic strokes, and TIA, also called a mini-stroke. Most of the strokes in the review were ischemic, which account for about 87% of all strokes.

The authors identified sex differences in the incidence of ischemic stroke as the greatest and most evident among adults younger than the age of 35. There were an estimated 44% more women than men experiencing ischemic strokes within this group. Researchers could not identify the specific causes behind the higher prevalence of stroke in young women compared to young men.

It was also noted that young women who are survivors of ischemic stroke have worse outcomes with two to three times higher risk of poorer functional outcomes compared to their male counterparts.

Researchers say findings indicate that strokes in young adults may be happening for different reasons than strokes in older adults. This emphasizes the need for more studies of stroke in younger age groups to better understand what puts young women at a higher risk.

Heart health is important at any age. The heart works around the clock to keep blood pumping throughout the body, so a strong, healthy heart is vital for a high quality of life.

Heart Rescue can help protect the heart with its unique formula that has been designed to support and promote cardiovascular health. Using a variety of ingredients, including omega-3 fatty acids, CoQ10, magnesium, and hawthorn extract, Heart Rescue supports cardiovascular function as you age.