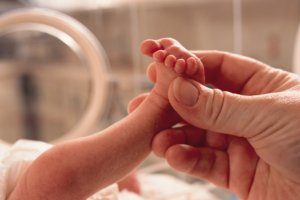 Did you enter the world earlier than expected? Were you a premature baby? If you entered the world prior to your nine-month incubation, new research shows you’re more likely to have a withdrawn personality.

“Very premature and very low birth weight adults who have a socially withdrawn personality might experience difficulty dealing with social relationships with their peers, friends and partners.”

The study was held in Germany and followed children from birth to adulthood. The children were born before 32 weeks. The group of premature babies was compared to babies who were born full-term. The results revealed those with a low birth-weight and born pre-term had a greater risk of developing socially withdrawn personality.

Professor Wolke believes this relationship has to do with brain development and how it may differ in those who are premature. This study is different from other similar ones because it removes economic and educational factors.

Previous researchers contributed those factors to being linked with personality disorders. Wolke said, “If identified early parents could be provided with techniques to foster their child’s social skills to help compensate for socially withdrawn personality characteristics.”

The findings were published in the Archives of Disease in Childhood: Fetal and Neonatal Edition.