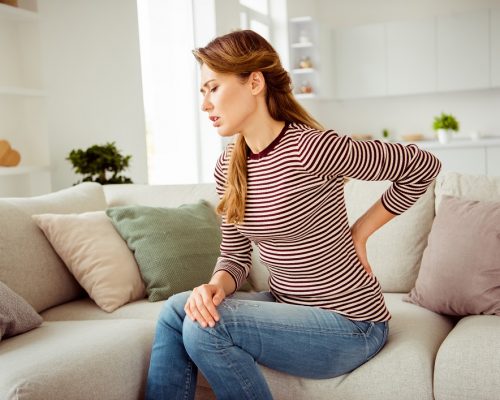 New research suggests that widespread pain is linked to a heightened risk of all types of dementia and stroke. The study, published in the journal Regional Anesthesia & Pain Medicine, has found that the association is independent of any influential factors such as age, lifestyle, and general health.

As a common subtype of chronic pain, widespread pain may reflect musculoskeletal disorders. Previous research has also suggested that it may reliably predict cardiovascular disease, cancer, and peripheral arterial disease. It has also been linked to a risk of death.

As chronic pain is an early indicator of stroke and cognitive decline, including Alzheimer’s disease, it’s not clear if the same risk is true for widespread pain. Researchers set out to find out if this relationship is similar.

For the study, data was used from 2,464 second-generation participants of the US long-term, multigenerational, community-based Framingham Heart Study, known as the Offspring Study. All participants were given a comprehensive check-up which included lab tests, a physical exam, and detailed pain assessments between 1990 and 1994.

Participants were divided into three pain groups including widespread pain, other pain, or no pain. According to the American College of Rheumatology criteria, widespread pain was classified as pain above and below the waist, on both sides of the body, the skull, backbone, and ribs.

During the first monitoring period, researchers found that 188 people had been diagnosed with some form of dementia, 50 of which had widespread pain and 138 of which did not.

As an observational study, researchers caution that they cannot establish cause. However, they concluded, “These findings provide convincing evidence that [widespread pain] may be a risk factor for all-cause dementia, [Alzheimer’s disease], and stroke. This increased risk is independent of age, sex, multiple sociodemographic factors, and health status and behaviors.”