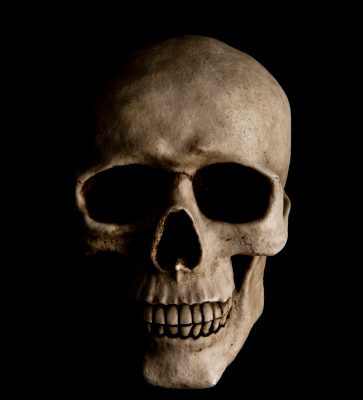 Death Wish Coffee is one of the newest turbo-charged caffeinated beverages to hit the market, made from a coffee bean that contains almost 200% more caffeine than the typical brew. Makers of this new super-bean coffee flaunt its high quality processing, fair trade practices and organic certification, lauding it as the ultimate solution to consumers’ most popular demand – “give me your strongest coffee!” And while they cleverly poke fun at themselves for being “a responsible coffee company with an irresponsible product,” it’s vital that the public realize the truth behind the jest – this new drink can cause real harm to your health, and true to its word, can even be deadly.

The Truth Behind the Tongue-in-Cheek Marketing

Studies have linked a moderate intake of caffeine to a variety of health benefits, but too much caffeine can be extremely harmful to your health. Despite this fact, companies concerned more about money than the health of their consumers are selling products that contain dangerously high levels of caffeine. People falsely assume that these products are safe, relying on governing bodies such as the Food and Drug Administration (FDA) and Health Canada to ban products that are unsafe. But this assumption couldn’t be further from the truth. Caffeine is a drug, and if you value your health, you will avoid highly caffeinated products at all costs.

According to the company, “Death Wish Coffee is the most highly caffeinated premium dark roast organic coffee in the world. This is Extreme Coffee, not for the weak…many sleepless nights will result from this coffee…consider yourself warned.” Most people reading this would pass off the statements as silly marketing gimmicks and not take them seriously; but make no mistake: these statements should be taken literally.

Too much caffeine often leads to immediate side-effects and can make you feel jittery, shaky, restless and anxious. Symptoms such as fatigue, nausea, headaches, rapid heartbeat, depression, dizziness, irritability, insomnia and mood swings are also common amongst heavy caffeine drinkers. To make matters worse, while caffeine is commonly used to “stay alert” during work time or other stressful situations, it actually causes stress to be physiologically intensified. Finally, too much caffeine ruins your ability to concentrate, so if you’re consuming highly caffeinated beverages to get through your workday, it will likely backfire.

Your Body on Caffeine

Caffeine stimulates your central nervous system and the effects can last up to 6 hours. When you consume caffeine, your brain sends out signals to your pituitary gland (a gland responsible for maintaining homeostasis in the body), which are interpreted as an emergency. The pituitary gland then sends a signal to your adrenal glands that there is an emergency, and your adrenal glands respond by pumping out stress hormones. In effect, drinking caffeine makes your body react the same way as it would to an actual threat, like a car accident. Unfortunately, the more caffeine you drink, the more worn-out your adrenal glands get. This leads to escalating fatigue levels, which causes you to consume more caffeine. Ultimately, excessive caffeine intake creates a viscous and addictive cycle that eventually deteriorates your health.

Turbo-charged caffeinated beverages can not only lead to immediate side-effects and adrenal gland exhaustion; rather, they can also cause gastrointestinal issues such as stomach ulcers and heart burn; they can raise your blood pressure and cholesterol levels; and they can increase your risk for heart disease. And if you’re still not willing to give up your favorite ‘upper’, then consider the fact that continuing to consume caffeine in such concentrated amounts could actually be a matter of life or death. Caffeine overdoses can cause heart attacks, convulsions, spontaneous abortions and seizures, and the FDA has received many filings connecting caffeinated energy drinks to fatalities. The scary thing is that consuming just 900 mg of caffeine is enough to cause an overdose with these potentially fatal side-effects. To put this into perspective, a cup of Death Wish Coffee contains approximately 520 mg of caffeine, heavily exceeding the daily allowable caffeine intake by Health Canada, making just 2 cups enough to be fatal.

My Advice to You

There is absolutely no reason that anyone should require such an extreme concentration of caffeine to get through their day. If you find that you are regularly suffering from bouts of fatigue, speak to your doctor and work on incorporating some lifestyle changes that can strengthen your adrenals glands, rather than weakening them further and making them drug dependent. Incorporating more nutritious foods, regular eating habits, and routine exercise into your day can provide you with a more natural and self-sustaining source of energy, which is safe and effective.

To be clear, an occasional coffee is not an issue. As with most other things in life, moderation is the key. But in the case of super-charged caffeinated beverages, more isn’t better; in fact, Death Wish Coffee is dangerous and should be avoided at all costs.