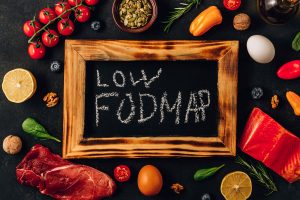 Irritable bowel syndrome, or IBS, can be a crippling condition for those that suffer through it. It can take the joy out of eating and contribute to social isolation and lead to plenty of physical discomfort.

Dietary changes are one of the most common treatments for the condition. People are often told to try and eat more fermentable foods and less processed and high-sugar items. Some are told to follow what’s called a low-FODMAP diet.

FODMAP is an acronym for fermentable oligo-, di-, monosaccharides, and polyols, all carbohydrates. A low-FODMAP diet limits their consumption, which ultimately results in limiting food with fructose, lactose, and some others.

After a few weeks, certain groups of FODMAPs are re-introduced to see what can be comfortably included in a diet and what should be cut out.

But it doesn’t work for everybody.

New research published in Gut may offer an explanation why.

Like people without IBS, people with IBS have diverse makeups of gut bacteria. In their relatively small study, researchers found that study participants had what they called either a “pathogenic-like” bacterial profile or a “health-like profile.”

People with the former profile had more species that are involved in disease, like C. difficile, C. sordelli, and C. perfringens. This profile also had low numbers of beneficial species like Bacteroidetes. They also had a number of bacterial genes for amino acid and carbohydrate metabolism.

Those with the “health-like” profile had more forms of beneficial bacteria.

Every participant followed a low-FODMAP diet for four weeks, and their gut bacterial population was monitored (through stool samples).

They found that participants with a “pathogenic-like” profile experienced greater reductions in IBS symptoms. They also experienced a change in their bacterial population to be more “health-like.”

According to this work, response to a low FODMAP diet may help curb symptoms in people with specific gut bacterial populations. It’s worth a try if you’re experiencing IBS symptoms like bloating, constipation, diarrhea, abdominal pain, or incomplete stools.