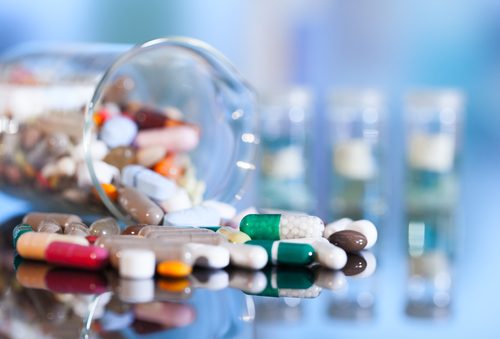 Sometimes it seems as though antibiotics are prescribed for everything.

If you are feeling under the weather, the idea of a quick fix might be attractive. Pop a couple pills for a few days and get back to the land of the living, right?

Not exactly. In fact, taking these pills is a waste if your sickness isn’t bacterial.

The problem is much bigger than that, too. Overprescribing antibiotics is leading to antibiotic resistance, a serious issue where the drugs stop working, or you require higher doses for them to be effective.

The Mayo Clinic, among others, warns against the misuse and overuse of antibiotics, pointing out that MSRA (methicillin-resistant staphylococcus aureus) bacterial infections have moved from hospital settings into healthy populations. The Centers for Disease Control and Prevention (CDC) says the rate of antibiotic-resistant gonorrhea has been rising in some parts of the United States.

RELATED READING: How to protect yourself against epidemics

If antibiotics are no longer effective, then what?

Fortunately there are solutions, with one of them being on-the-spot testing. A systematic review released this November found that doing quick on-the-spot tests could reduce the chances of antibiotics becoming over-prescribed. The review, published in the Cochrane Library, found that doctors prescribed fewer antibiotics when they tested for the presence of bacteria and bacterial infections only.


What antibiotics can do for you… and what they can’t

Remember, antibiotics only work against bacteria, not viruses. The problem is that most of the conditions that bring people to their doctor are caused by viruses, which means that antibiotics are of no use to them. For example, they do nothing for the common cold or influenza – the flu.

What happens is, doctors often lack a way to find out exactly what is causing someone’s misery and they want to help their patients. For years this meant simply writing a prescription for antibiotics, just in case they would help. No harm, no foul. Until now, that is.

The overuse of antibiotics increases antibiotic resistance with the bacteria, making it hard to treat those bacterial infections when antibiotics really are needed. That’s why it’s important to only prescribe antibiotics when they will do patients some good. On-the-spot tests and results can help medical professionals do exactly that by quickly identifying infections caused by bacteria.

For the review, the researchers looked at randomized trials with the C-reactive protein test, which is done using a single drop of the patient’s blood. This protein is a biomarker of inflammation. When a person has low levels of C-reactive protein, a simple test can rule out an infection caused by bacteria. The test takes about three minutes to prick the patient’s finger and analyze the blood.

The randomized trails included 3,284 people. Some were given a prescription for antibiotics, while others were given the C-reactive protein test to determine whether they had a virus or bacterial infection. Results showed the test allowed researchers to cut down significantly on the amount of antibiotics prescribed. Finding out first if the drug would be effective is a good way to avoid over-prescription.

These results suggest that antibiotic use in patients with acute respiratory infections like the common cold or flu could be reduced by carrying out biomarker tests in addition to routine examinations, lead researcher Rune Aabenhus says.

Next, researchers are looking to uncover more evidence on the size of the reduction and cost savings, as well as how these tests compare to other antibiotic-saving approaches.

One word of caution though, acute respiratory infections can become serious, especially for seniors with aging immune systems. Pneumonia, for example, can be fatal in some cases. So news of this protein test should not deter you from making a visit to your doctor if your symptoms linger or worsen.