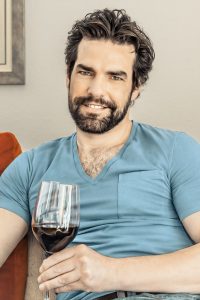 Stop right there with that razor and cream.

Whether you’re discussing a matter of personal preference with your partner, or trying to decide if you should change up your look, take note: Beards are sexy. And science has confirmed it.

Facial hair for men is a trend that has come and gone through the years, from full-on beards like Abe Lincoln and handlebar mustaches to the distinguished goatee.

But no matter what your shaving etiquette comes down to, having a few days of growth is definitely more front-facing than ever.

Facial hair is youth-enhancing, protecting the face from harmful ultraviolet (UV) rays. A study from the Oxford Journal found that facial hair can block up to 95 percent of UV rays, which are one of the main causing of premature aging, wrinkling and sun spots. As we said, put down that razor!

All good, of course, but new research says facial hair makes you instantly sexy: Exactly 10 days of beard growth is considered to be the holy grail of bearded appeal. Light stubble is considered too “patchy” and full beards too “macho-aggressive.”

This research, conducted through an online survey and published in the journal of Evolution and Human Behavior, had 351 heterosexual women from across the United States look at a series of photos of a man’s face in degrees of scruff. The women were asked about their perceptions of the man. Ladies, clean-shaven, light stubble, heavy stubble or a full beard?

Survey findings were based on perceptions of attractiveness, parenting, health and masculinity. The women found the heavy stubble the most attractive; heavy beards, light stubble and clean-shaven were all well behind in perceived attractiveness. Turns out, actors Sean Connery and George Clooney seem to have their fingers on the pulse of what women want – and their unyielding magnetism has been explained by science!

The recent study also points out that with a beard, the fine balance between stubble and full beard is one that needs special attention. While full beards were considered less attractive, they were also considered a good indicator of a protective father figure.

“Women’s discrimination against full beards in attractiveness ratings may be due to costs of mating with a too-masculine man,” researchers say. “Highly masculine men tend to have lower romantic attachment, less interest in long-term relationships and report engaging in more short-term relationships.”

Despite that comment, the men with beards were rated as more likely choices to father their children.

New Procedure To Boost Your Appeal

But what should you do if you’re not blessed with attractive stubble? Well, a new procedure is gaining popularity to meet your needs and boost your sexual health – if you’ve got the extra cash and aren’t concerned about a surgeon slicing into your face.

Many North American plastic surgery clinics have noticed a spike in hair transplant surgeries that involve the face, rather than what they were traditionally used for, male pattern baldness.

Offices in Miami and New York have experienced multiple requests for the procedure on a weekly basis in 2014, a major jump from a couple of requests per year previously. The procedure takes about eight hours to complete. While most clients are professionals under age 30, the procedure is catching on with seniors.

During the average beard transplant, hair is taken from other places on the body, often the head, so the more you have on the head, the better. That hair is transplanted onto the face, root and all. If the hair breaks off, the root allows it to replenish itself and grow back, just like hair transplant on the scalp. The average cost of the facial hair surgery can run upward of $7,000.

So whether you want a new image to impress the lady in your life, or just feel to feel more attractive, the women have spoken. Beards are sexy. And size matters, so watch how long you grow that fancy fuzz! A rugged heavy scruff could be enough to put your new look on the map.

With the cosmetic procedure in place to get it done – if you aren’t blessed with facial hair genetics – you know you’re not alone. Though it might cost you some serious cash, and a little less hair on top!