Home » General Health » Why surfing the internet can make you happy 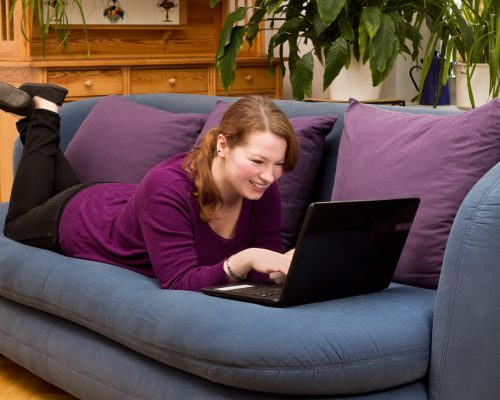 I’m not the most high-tech person when it comes to carrying around a smartphone or iPad as if it was a life-support system (like some young people I know). But I do recognize the value of staying connected with friends, family and others, and using technology to your advantage.

It turns out, whether you’re checking the weather forecast, finding out directions or streaming an episode of your favorite TV show, using the internet is giving you a better chance of fighting depression as you get older.

A new study has revealed the effects of the internet on your brain. More specifically, it examined the link between online use and a lowered risk of depression in older, retired adults living in the United States.

Related Reading: Detect depression early to save your heart

Published in the Journals of Gerontology, the study was conducted by U.S. researchers from a number of institutions including Harvard to determine if common depression was affected by internet use. The researchers looked at data from the U.S. Health and Retirement Survey between 2002 and 2008. The survey collects information from more than 22,000 older Americans every two years.

For the comprehensive study, more than 3,000 respondents were observed, recording the subjects’ depression levels before and after they began using the internet.

So what did they find? Well, researchers concluded that internet use contributes positively to your mental well-being. If you’re an older, retired adult, internet use can reduce your chances of developing depression by more than 30 percent. And if you’re living on your own, the reduction in depression may be even greater. Of course, some of the study participants remained depressed despite their internet use, but the depression wasn’t substantial, researchers said.

“That’s a very strong effect,” Shelia Cotten, professor of telecommunication, information studies and media at Michigan State University, told the Epoch Times. “And it all has to do with older persons being able to communicate, to stay in contact with their social networks and just not feel lonely.”

Empty nest, solitary living has depression on the rise

Today, roughly 10 million older Americans suffer from depression, the Journals of Gerontology reports. Depression can really start to set in as a person gets older because of the loneliness and isolation that goes along with kids moving away and the passing of spouses. That is where it becomes really valuable to have a method to stay in touch, and continue having a rewarding “social life” even if those connections may be increasingly more “virtual” than in person.

This new study confirms that technology plays an important role in helping people get over their depression. As with anything that can become a habit, you should try to remember that moderation is important. This new research doesn’t give you license to sit in front of your computer screen playing endless games of bridge ignoring the rest of the world and other activities. That type of behavior will begin to have a negative impact on your life.

What this research is saying is if you’re using the internet modestly and as a way to keep in touch with your friends and family, then the effects will likely be positive in terms of your overall health and well-being.

So whether you decide to check out a local movie review, watch a few videos of funny animals or read up on more of my health articles on BelMarraHealth.com, this study has shown that the internet has a real benefit to your health – so take a few minutes to unwind online today!