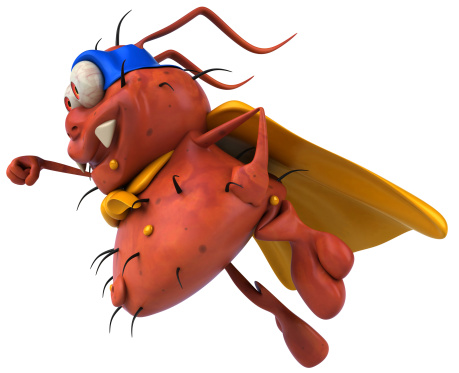 Antibiotics are commonly administered to various farm animals such as cattle, chickens, and pigs to prevent bacterial infections that may damage the immune system, causing morbidity and mortality. However, it is also important to recognize the fact that the excessive use of antibiotics may also inflict additional damage to farm animals by inducing the emergence of bacterial strains that are technically classified as “drug-resistant.” The term drug resistance pertains to the capacity of bacterial strains to resist the effects of administered antibiotics, thus resulting in its continuous division in the bodies of farm animals. In addition, drug resistant bacterial strains may be transmitted to humans by direct consumption of infected meat. Individuals who eat contaminated meat may therefore become at risk for bacterial infections, as well as disorders involving the immune system.

According to a recent report published in the journal Emerging Infectious Diseases, an increasing trend in drug resistance to antibiotics has been observed in various strains of the bacteria Escherichia coli (E. coli) from 1950 to 2002. The bacteria E. coli is recognized as the main causative agent for a wide spectrum of infections that could damage health, including that of gastroenteritis, intestinal flu, meningitis, and even septicemia. This bacterial species is also capable of thriving in a variety of different hosts, thus making farm animals easy targets for infections that trigger excessive bombardment and damage to the animal’s immune system.

Drug resistance has been extensively observed in E. coli because it is inherently capable of mutating itself, especially in terms of changes in its genetic sequence, which controls its capacity to avoid the impact and damage inflicted by different types of antibiotics. It is thus possible that constant changes in the genetic system of this bacterial strain occur at such a rapid pace that the immune system of the host, such as cattle, chickens, or pigs, becomes incapable of driving its immune system to produce antibodies that can specifically interact with the circulating microorganisms at the same speed.

Based on the account of Dr. Tadesse and his research team based in the Food and Drug Administration (FDA), the extent of drug resistance to antibiotics in E. coli has jumped from 7.2% in 1950 to 63.6% in 2002. This significant increase generally involved three antibiotics, namely tetracycline, streptomycin, and sulfonamide, which have been used for the longest time in animal breeding. The study thus suggested that the prolonged use of these antimicrobial drugs has resulted in a potential damage to both agricultural and public health, through the emergence of drug-resistant pathogenic bacterial strains that are often unrecognized by the host’s immune system.

Antibiotics and the Immune System

Interestingly, the rise in resistance to antibiotics occurred only in the last two decades, suggesting that during the first 30 years of preventative antimicrobial drug treatment, E. coli may have developed new strains that were undetected by the immune system of these farm animals. This masking effect on the immune system could have then allowed the bacterial strain to further multiply in the animals, including spreading its new genetic features to newly generated bacteria and conferring resistance against commonly used antibiotics. These drugs have thus lost its capacity in inducing genetic damage to the bacteria, allowing these microorganisms to be transmitted to the next generations of animals.

But exactly how are drug resistant bacterial strains identified? Hospitals follow standard procedures for patients that have been admitted to hospitals for suspected bacterial infections. First, urine samples from these patients are collected and analyzed using simple microbiological detection assays. The urine samples are streaked onto agar plates that were supplemented with different types of antibiotics. Any bacterial growth on these plates is then further examined based on cytological features, together with their reactivity to the antimicrobial drug present in the agar plate. An E. coli strain may thus be classified as resistant to amoxicillin if it has been observed to grow in an agar plate supplemented with amoxicillin.

The details of the recent medical report from the FDA may be quite alarming, especially when one looks into the consequences of harboring drug-resistant bacterial strains in the meat that we commonly consume during regular meals. The capacity of these microorganisms to go undetected by the immune system is also enough reason to cause concern for public health. To prevent the possible health damage that drug-resistance could create, it may be necessary to identify new and more effective antimicrobial drugs that could potentially damage the life cycle of these bacteria. In addition, the proper maintenance of the immune system in both animals and humans may also help in preventing potential damage to the body.