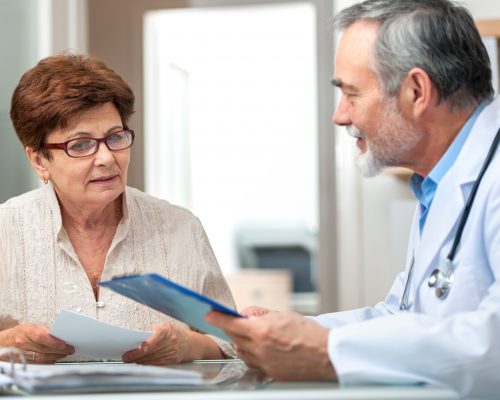 You’re not feeling well for quite some time so you decide to see a doctor. You explain your symptoms, they run some tests and you end up, eventually, with a diagnosis. You start taking medications and treatments but find they don’t really seem to be working.

What could the problem be? Is your illness just too severe?

Not likely the case, but you could have been misdiagnosed. You might be upset with your doctor but she’s not to blame. Many illnesses are hard to diagnose because there may not be a specific test or the symptoms are just too similar to other known illnesses.

Here are some commonly mistaken illnesses that you may want to get a second opinion on if you’ve been diagnosed with one of these.

RELATED READING: Do this one thing to avoid getting sick

With the rise of gluten-free products stacked on supermarket shelves, it would seem that there has been a drastic increase in cases of celiac disease.

Celiac disease is an immune reaction to gluten, the protein composite found in wheat and grains like barley and rye. It’s the substance that gives dough its elasticity, making those buns and breads soft and fluffy.

People without celiac disease can break down gluten normally and use it within the body. But for celiacs, it’s a different story; they have a reaction that causes inflammation in the intestines and they’re unable to properly absorb nutrients from food.

There are many symptoms of celiac disease, including digestive problems like bloating, pain and gas, severe skin rashes, iron deficiency, muscle and joint problems and even seizures.

Those symptoms can often lead to alternative diagnoses such as Crohn’s disease or IBS (irritable bowel syndrome). A sure-fire way to know if you have celiac disease is by getting a blood test and an endoscopy, which can reveal any damage done to the intestines.

Arthritis is so common with aging seniors. The usual culprit is osteoarthritis, which is pain, stiffness and inflammation in the joints as cartilage breaks down – the result of overuse, or wear and tear over time.

Rheumatoid arthritis (RA), however, is a long-lasting disease that begins with similar aches and pains. It’s an autoimmune disorder where the body’s immune system mistakenly attacks itself, causing the joint lining to swell, eventually destroying cartilage and bone. In more severe cases, RA can affect other areas of the body, such as the skin, eyes, lungs and nerves.

As Health Magazine reports, “Early stages of RA can mimic many other conditions – sometimes it’s just a sense of aches or stiffness in the joints, which could be caused by a lot of different things.” Conditions like lupus, osteoarthritis, fibromyalgia, and Lyme disease, all can cause the stiffness and joint paint very similar to RA.

Blood tests can check for inflammation to determine if you truly have RA, but a detailed medical history and physical exam must also take place to be certain of a correct diagnosis.

The symptoms of fibromyalgia are so vast and so unexplained that this condition is oftentimes misdiagnosed. When patients complain about chronic pain and doctors can’t find the root cause, they will call it fibromyalgia.

Eugene Shapiro, deputy director of the Investigative Medicine Program at Yale University, told Health Magazine, “There are studies that show that people with certain symptoms who show up at a rheumatologist will be diagnosed with fibromyalgia, but if the same patients show up at a gastroenterologist they’ll be diagnosed as having irritable bowel syndrome.”

The cause of fibromyalgia is still unknown, which increases the chances of misdiagnosis. Patients with unexplained fatigue and pain often see numerous specialists to rule out alternative diseases.

A very intense headache could be identified as a migraine. Other symptoms include sensitivity to light, nausea and even paralysis. Because of the wide spectrum of symptoms, doctors may prescribe alternative medication which is not really treating the migraine itself.

If you are suffering from what you believe to be a migraine, visiting a neurologist is the key to unlock the answers and diagnosis you need.

Similar to migraines, cluster headaches also present a variety of symptoms. Cluster headaches are the occurrence of many headaches very close together lasting between 30 minutes to three hours. This rare condition affects less than one million Americans.

Cluster headaches tend to occur during the change in seasons. But because of this, they are often treated as an allergy-related illness and patients are prescribed allergy medication. If you’re concerned you may have cluster headaches, and not allergies, you should also seek out a neurologist for testing.

With so many symptoms common to these conditions, it’s challenging to diagnose disease right off the bat. You may need to be referred to a number of specialists and undergo multiple tests, depending on your symptoms, to get the right treatment for something you do actually have.

Don’t be afraid to speak up and outline all of your concerns. If you’re skeptical, seek out a second opinion and further testing.