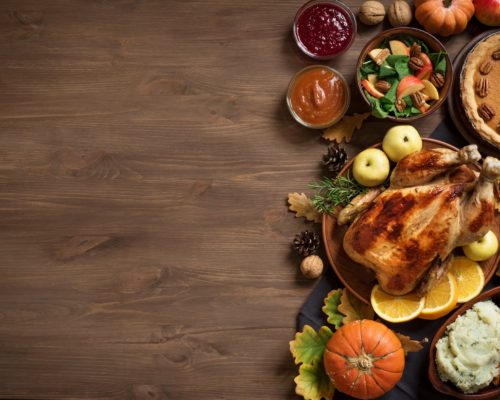 Here’s one for the ages: your Thanksgiving food coma might be good for your brain.

We’ve all been there, am I right? The second round of turkey, stuffing, and green beans leave you on the ropes before a generous slice of pumpkin pie delivers the knockout punch. Before you know it, you’re down on the couch in the thralls of a food coma. Not even a strong coffee or screaming grandkids can pull you back.

But researchers from NYU are saying that maybe this is a biological way to help you slow down and form new memories. The theory is that the big boost in calories slows you down so you can get a little bit of rest, potentially providing an opportunity for memory preservation. It might explain why so many people remember certain holiday traditions and experiences, while so many other parts of life seem to pass by without a trace.

Sleep, for example, is when your brain goes to work to consolidate and store memories. In a food-coma, however, some similar processes might take place. Aside from the drowsiness, the rest and digest could help you form long-term memories by releasing a hormone called insulin-like growth factor II. This is critical for proper brain function, yet has little to do with caloric consumption.

To draw this conclusion, researchers looked at a variety of sea slug called Aplysia. When the Aplysia ate too much, researcher Thomas Carew said “Aplysia’s ‘food coma’ is controlled by their insulin-like system, which acts by redistributing the animal’s energy away from active behavior and towards storage of both nutrients and memory.”

Although humans and Apylsia share general features of the hormones that form their insulin systems, they are not identical. The findings may offer some insight—or at least provide an excuse—about any benefits associated with eating too much.

Eating yourself into a food coma, of course, is not recommended. It’s highly likely you’ll remember just as much if you eat a moderate amount, take your time and listen to your body telling you that you’ve had enough. If you want to improve your memory without eating yourself asleep, try focusing on being present in the moment, paying attention, and regularly getting adequate sleep.