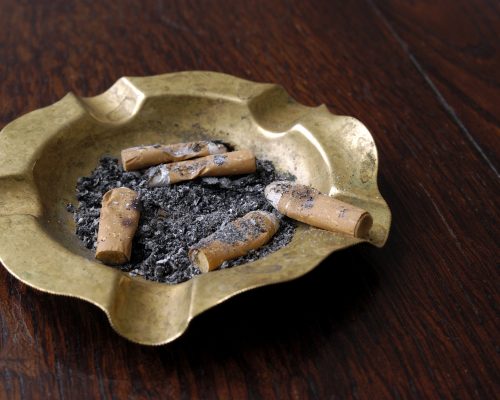 Quitting smoking can be incredibly difficult. Why? Because smoking is a habit intimately linked to an addiction to nicotine. Tobacco contains this addictive chemical which is carried with each puff into the lungs and arrives in the brain within seconds. Once in the brain, the nicotine binds to brain cells, releasing an essential chemical called dopamine.

These are words too often spoken in my office:

Quitting smoking can be incredibly difficult. Why? Because smoking is a habit intimately linked to an addiction to nicotine. Tobacco contains this addictive chemical which is carried with each puff into the lungs and arrives in the brain within seconds. Once in the brain, the nicotine binds to brain cells, 1,2  releasing  an essential chemical called dopamine. The dopamine in turn causes the feeling of pleasure. However, when you try to quit smoking, the decrease of nicotine in the brain causes the dopamine levels in the pleasure center to drop resulting in nicotine withdrawal symptoms such as depression, cravings, anger and a difficulty concentrating.

Consciously or not, smokers trying to quit return to cigarettes to escape these unpleasant withdrawal symptoms.  When asked, “Do you want to stop smoking?”, the answer is obvious. Unfortunately, without help, most smokers will make an average of five unsuccessful attempts before they manage to quit.

We all recognize that cigarettes are bad for your health. Each puff delivers 4000 + chemicals including 69 chemicals known to cause cancer.  Smoking is killing you!  In fact, smoking increases the incidence of cancer, heart and lung disease, gum disease, osteoporosis, premature aging of the skin, and early death.

It only makes sense that a majority of smokers want to stop.

In treating my smoking patients, I have found one ingredient to provide great benefit –

N-acetylcysteine (NAC). I am not the only one finding that NAC provides help in smoking cessation. A 2011 study in the European Addiction Research Journal had similar results.5 In the study heavy smokers were given either 3,600mg of NAC or a placebo each day, and asked to quit smoking.  They were told to report their nicotine cravings, withdrawal symptoms, and the number of cigarettes smoked while trying to quit. During the study, there was a statistical trend towards fewer withdrawal symptoms. In addition, smokers found the first cigarette after abstinence to be far less rewarding when taking NAC.

This builds upon earlier research which found that NAC can decrease cravings associated with addictive habits such as cocaine use, cigarettes smoking and pathological gambling. This ability to help combat addiction is thought to be linked to NACs ability to restore glutamate concentrations. Glutamate is a chemical in the brain associated with relapse and addiction. By restoring normal levels of glutamate, NAC may be helping to break the cycle of addiction.

Combined with other proven smoking cessation techniques, NAC in tablet form is an essential part of my program helping patients quit smoking. While NAC is not a magic bullet, it can provide that extra boost that many people need to finally quit.