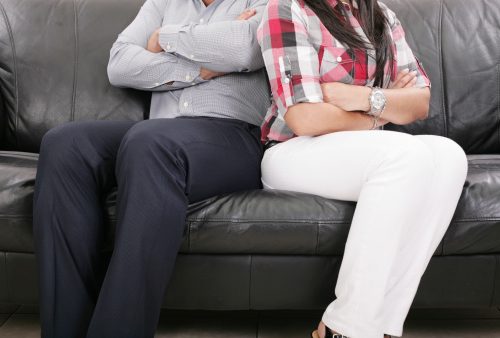 If you’re like me, you’ve found yourself in the midst of a heated debate. If you’re married, you can relate, I’m sure.

Fights with our spouses, relatives, friends or neighbors are almost inevitable. These angry moments are stressful at the time, but have you ever stopped to consider the long-term outcome associated with arguing?

A new study has revealed that too many of these arguments can spike your risk of death in your middle-aged years. And the spike is pretty dramatic, too.

This study, led by Dr. Rikke Lund at the University of Copenhagen in Denmark, examined the link between people who argue a lot and their risk of dying young. The study was published in the Journal of Epidemiology & Community Health in May. The research looked at 9,875 men and women between the ages of 36 and 52 where the individuals were asked to give detailed accounts of their negative social interactions.

RELATED READING: What you really need to know about pain killers

Cool your head to protect your heart

In all, 196 women and 226 men had passed away during the course of the study. Roughly half of these deaths were attributed to cancer, while the remaining ones were caused by cardiovascular illnesses, such as high blood pressure, stroke and heart disease. A small number of the deaths were the result of accidents and suicide.

According to the researchers, constant arguments with partners, children, relatives or friends increased the risk of death by a staggering 50 to 100 percent. Within that group, at least 10 percent of the participants said their partners or children were a source of ongoing stress. No kidding!

Around 6 percent acknowledged that their relatives were the cause, while only 2 percent said the same about their friends. As far as actual arguments are concerned, about 6 percent of participants said they often argued with their partner or children. Arguments with neighbors fell at the end of the list with only 1 percent admitting to getting testy with their neighbors.

RELATED READING: Chocolate pills for your heart, oh my!

The group who saw the most destructive influence from arguing was definitely men. In fact, the research broke down the demographic even further, saying that men with poor family relations, who are unemployed or underemployed, as well as men who don’t follow their medical treatments are at a high risk of dying in middle age.

“We were surprised to find such strong effects of conflicts on mortality risk across all types of social roles after taking into account chronic diseases, depressive symptoms, socioeconomic position, gender, age, access to emotional support and cohabitation status,” Lund told Medical News Today. “Intervening in conflicts, particularly for those out of work, may help to curb premature deaths associated with social relationship stress.”

So if you are prone to bickering with those around you, you have a good reason to stop. Try counting to 10 and consider how the argument might be taking years from your life.

This research has given insight to the notion that anger and stress can kill you. Those few extra years tacked onto your lifespan are much more likely to occur if you keep a cool head. So take a moment to think if winning that next argument with your spouse is really worth dying for.