Home » Brain Function » Alzheimers » Why Are So Many Dementia Cases Escaping Diagnosis? 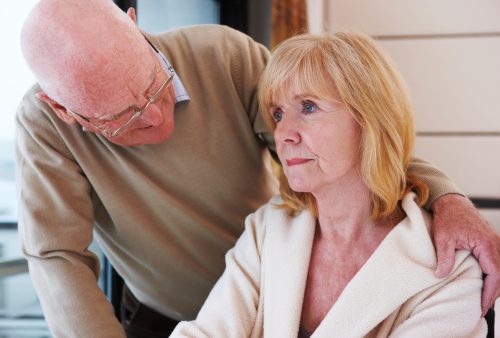 Dementia and Alzheimer’s disease are words that the Baby Boomer generation likely feel they’ve heard enough of, and wish would just go away. Our memories – and clarity of mind –  are precious to us. So it’s no wonder that these diseases invoke fear, often causing people to avoid facing them. Recent statistics found that far more people suffer from memory and cognitive deficiencies than are officially diagnosed, meaning that early signs of dementia are a lot more prevalent than generally thought. Find out how to catch potential danger signs early, so that you can seek out help and improve your quality of life.

Dementia and the Baby Boomer Generation

The Centers for Disease Control and Prevention (CDC) published a report that a staggering 1 in 8 baby boomers has experienced more issues with their memory and cognitive ability over the past year. In the study, 59,000 American adults over the age of 60 were surveyed about changes in their memory and how it is impacting their ability to function on a daily basis.

The findings are worth a closer look. Almost 13% of those surveyed reported that their memory had declined over the last year, and 35% of those individuals complained that they found performing certain tasks – from household chores to projects at work – increasingly difficult.

The study demands more research, but it did offer insight into why so many cases of Alzheimer’s disease and other forms of dementia are being left undiscovered. In fact, it is estimated that a staggering 66% of cases go undiagnosed. Why? It’s likely that there is so much stigma around Alzheimer’s disease and dementia that people choose to stay silent. Instead of sharing concerns about changes in their health with their health care providers, they elect to ignore their symptoms.

Because dementia is caused by different issues, some of which are reversible, this trend of silence has to be broken. If you have a loved one having increased difficulty with memory and cognitive issues, encourage them to turn to a doctor who can investigate potential causes and solutions. If you yourself are experiencing these issues, know that you’re not alone, and the best and bravest step you can take is talking to someone about them.

Cognitive decline can include changes to a person’s memory, attention span, ability to learn, and language capabilities. One of the first warning signs of cognitive impairment is a decline in memory, particularly regarding recent events. Some individuals who have mild cognitive impairment develop Alzheimer’s disease, while others can be treated and recover. In either case, it’s important to be aware of the warning signs. Apart from a weakened memory, other early signs of dementia include confusion, a change in personality, apathy and withdrawal, and diminished ability to do everyday tasks

If you find yourself answering in the affirmative to any of these questions, don’t fret. Discuss your experiences with your doctor. What’s more, if you have a friend or loved one who has some of these symptoms, encourage them – with care and sensitivity – to seek out a medical professional.

An early diagnosis is fundamental. Your doctor may find that you have a condition that is fully treatable, or may confirm the presence of dementia or Alzheimer’s disease. Whatever the case may be, the best thing you can do is arm yourself and your family with a proper diagnosis, up-to-date information, and a therapeutic action plan that can significantly improve the quality of your life.