Home » Cancer » Prevention » Why Are So Many Colon Cancer Cases Going Undetected? 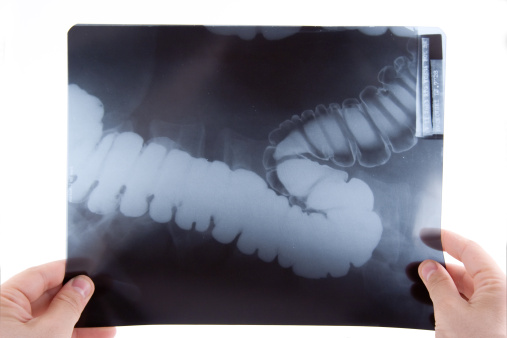 Colon cancer is ranked second as the leading cause of cancer-related death in the U.S., behind lung cancer. It is also the third most common form of cancer in both men and women, making it a source of serious concern for health experts around the country. A census taken in 2010 revealed that over 131,000 people in the U.S. were diagnosed with this form of cancer, resulting in over 52,000 deaths that year.

With cancer prevention being on the top of many priority lists, colon cancer (or colorectal cancer) is a disease many researchers are looking to combat. To help protect us from this aggressive epidemic, diagnostic tests designed to detect the presence of colon polyps and tumors are routinely given to people at high risk for this disease. Why, then, does such a  disturbingly large percentage of colon cancer cases still escape detection, even when doctors correctly follow the established screening guidelines?

Doctors recommend undergoing a colonoscopy once every 10 years, once a man or woman reaches the age of 50. This enables doctors to detect adenomas, which are polyps in the colon that are considered a marker for colon cancer. For those who have a direct relation to someone that has been diagnosed with colon cancer, it’s recommended that colonoscopies be administered every five years from the age of 40. Detecting adenomas in the colon as soon as possible significantly raises the chances of successful cancer prevention.

However, a recent study by the University of Utah showed that up to 10 percent of colorectal cancers are missed, even when doctors correctly follow the current guidelines established for screening patients for cancer. The Huntsman Cancer Institute conducted a study of almost 127,000 individuals, all of whom had undergone colonoscopies between 1995 and 2009.

N. Jewel Samadder, M.D., M.Sc., HCI investigator and head investigator in this study, explained that it’s inevitable to find that a small percentage of colorectal cancer cases would have been missed — but the 10 percent figure was a much larger figure than they had anticipated. They knew that first-degree relatives of those with colon cancer would have a higher risk of developing the colon adenomas, but the goal of the study was to see if distant relatives would also have the same increased risk.

The study did show that those with a family member with a history of colon cancer had a 35 to 70 percent higher chance of developing the cancer themselves than those without any family history of the cancer. There was a higher risk of cancer even in distant relatives, i.e. cousins, uncles, grandparents, and great-grandparents.

However, one of the eye-opening aspects of the study was the realization that current screening methods simply aren’t always able to detect colon cancer properly. Samadder pointed out that the results of their study may raise the question of whether or not more aggressive screening procedures should be used in order to detect cancer, not only with first-degree relatives of those with colon cancer but also with distant relatives. With colon cancer being one of the greatest threats to the health of Americans today, more aggressive screenings and measures may be the most prudent course to begin changing the dangerous tide.