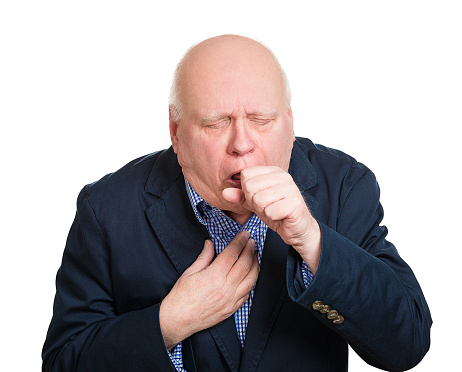 Whooping cough (pertussis) is a contagious respiratory infection that causes a severe hacking coughing, followed by a high pitched “whoop” sound when the person takes in their next breath.

Prior to the development of the vaccine, whooping cough was common among children, but now cases are limited to children who are too young to receive the vaccination.

A research team from the University of Texas and Synthetic Biologics Inc. worked together to develop two antibodies that have the potential to treat or prevent pertussis. Whooping cough is a highly contagious respiratory tract infection that affects millions of infants worldwide.

Development of the antibodies has been in progress over the last five years, and the new treatments will be used as anti-pertussis injections. In preclinical testing on animals, the antibodies provided short-term immunity and treatment to accelerate recovery. 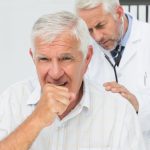 Whooping cough can lead to life-threatening symptoms and painful fits of coughing. The Centers for Disease Control and Prevention estimate that over 16 million cases of whooping cough occur each year, and it is still a leading cause of death in infants in developing countries.

Jennifer Maynard, Ph.D., a chemical engineer in the Cockrell School of Engineering, said, “In the developing world, an estimated 200,000 babies die a year, and that’s where we think we can have a really big impact. If we can get our antibodies to these high-risk infants, we could potentially prevent the infection from occurring in the first place.”

In infants with whooping cough, pertussis toxin is excreted, which damages the immune system and raises the child’s white blood cell counts dangerously high. This causes cells to block blood flow to the lungs.

The new antibodies neutralize the pertussis toxin, which prevents it from binding to healthy cells and stops it from reaching its target within the healthy cell.

Co-author Dr. Michael Kaleko said, “We believe the key to preventing death is reducing the white blood cell load, which becomes extremely elevated during infection. If we can bring the count down or keep it low, the sick child may have a much better prognosis.”

Dr. Maynard concluded, “We want to make sure that our research is really going to have impact. Most of the babies who get sick haven’t been immunized, so we hope to provide the immunity that they are lacking.”

Pertussis is caused by bacteria; when an infected person coughs or sneezes the bacteria can spread onto objects or other individuals, thus making it highly contagious.

If coughing is severe, an infant may be hospitalized due to the higher risk of complications presented in this age group. If keeping food and liquid down is a problem, nutrients may be given intravenously to keep the person hydrated. For older children and adults, pertussis can be taken care of at home.

Antibiotics may be prescribed to help speed up recovery by fighting the bacteria caused by the infection. Because pertussis is highly contagious, family members may be given preventative antibiotics.

Unfortunately, over-the-counter cough medications have little to no effect on the cough itself, so they are not recommended.

The best way to avoid pertussis at any age is to get vaccinated and receive booster shots over time to ensure your body has the antibodies it needs.

The Reno County in Kansas, is seeing the beginnings of a contagious outbreak of whooping cough. Three new cases have been confirmed this week. According to health officials, pertussis, commonly called whooping cough, is a highly contagious illness of the upper respiratory tract, caused the bacterium, Bordetella pertussis. Continue reading…

Right remedy for the right bug: 7 types of cough

We all do it, and often we do it at some of the most inappropriate times, like when everyone else is quiet at weddings – you know just when the bride is about to say “I do” – out comes that loud bark of a cough from our mouth. Continue reading…