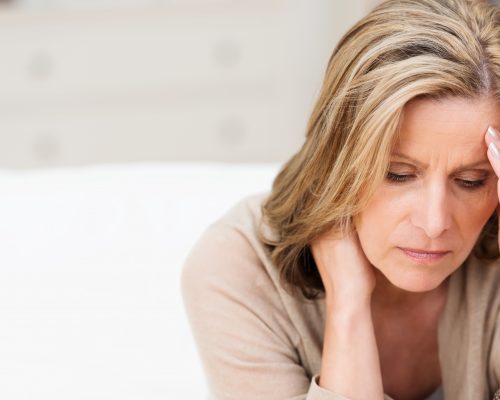 Have you ever found yourself on an energy slump in the afternoon and reaching for a quick fix? Maybe your mind has wandered to the idea of a triple espresso, a Red Bull or a seemingly innocent “energy boosting” health drink.

You wouldn’t be the first one in desperate need of a jump start as the day wanes on. Fatigue is a symptom, as opposed to a disease, and it’s experienced by different people in different ways.

That’s according to a new report by Harvard Health Publications, entitled Boosting Your Energy. It cites the various kinds of fatigue people face. For example, there’s the fatigue you feel at the end of a long, hard day, the fatigue that results from an illness, or the fatigue that stems from stress or lack of restful sleep.

RELATED READING: Seniors, your habits may be ruining your health

Top ways to kick the sluggishness to the curb

If losing steam in the middle of the day is something that happens to you quite often, there is good news. Below are nine ways to boost your energy, naturally, according to Harvard, that I agree with and would like to share:

Stress takes up plenty of energy. But just talking to friends and family members, joining support groups or seeing a therapist can help. You might want to try meditation or yoga to reduce your stress levels. A German study that appeared in the Medical Science Monitor in 2005 followed 24 women who described themselves as “emotionally distressed.” The women participated in two 90-minute yoga classes a week for several months, while the women in the control group continued on with normal activities and were told not to do anything to reduce their stress during the study period.

The women in the yoga group showed improvements across the board, reporting less depression, anxiety and fatigue – as well as increased energy. They rated their overall well-being as 65 percent better. Gentlemen, you can spend some time in your downward dog, too.

The more you exercise, the more soundly you’ll sleep. It’s a simple notion: Exercise gives your cells more energy to burn, circulates oxygen and causes your body to release epinephrine and norepinephrine. These are stress hormones that can leave you feeling more energized when you get them in modest amounts.

The nicotine inside tobacco acts as a stimulant, speeding up your heart rate and raising your blood pressure. That quick “buzz” over time, can drain your energy and lead to insomnia.

More often than not, overwork is bad news. Whether it comes from the office, home or your social life, try to ease the burden a little. Not doing so will drain you physically and emotionally. Try to set priorities to make things more manageable, and don’t be afraid to ask for some help!

This one might sound completely backward to you, but if you are feeling deprived of sleep, try sleep restriction. This makes it easier to fall asleep at night and promotes more restful sleep long-term. For starters, avoid napping during the day, or make it a brief catnap. Another trick is to make sure the time spent in bed is spent sleeping soundly. Don’t go to bed at 9 p.m. if you know you won’t fall asleep until midnight.

Did you know that it’s better to eat small meals and snacks every few hours compared to three larger meals per day? Eating foods with a low glycemic index (foods whose sugars are absorbed slowly) may prevent the lag in energy that comes with eating quickly-absorbed sugars or refined starches like breads and pasta. Foods with a low glycemic index include high-fiber vegetables, whole grains and nuts.

A little caffeine could do you some good. Caffeine sharpens your mind and helps you feel alert. Just remember to go easy on the coffee during the course of your day, limiting yourself to a few cups. Too much caffeine can rob you of energy. And don’t make it a habit to drink coffee or similar drinks after 2 p.m. because this can interfere with your sleep at night.

The dangers of too much alcohol have been well documented – addiction, liver damage, and impaired judgment and motor skills. But if you must have a drink, have it in the evening when you are winding down. Alcohol is known for its sedative effects. That doesn’t mean you should drink to assist with sleep, but the worst time to have an alcoholic beverage is at lunch or early in the day. It will wear you out well before it’s time for bed.

Make water a diet staple. There are countless studies about the benefits of drinking enough water in a day. In one that appeared in the Journal of Nutrition in 2011, researchers looked at 25 women who were well hydrated with water and 25 women who were slightly less hydrated. According to the study, while hydration didn’t increase performance, being even slightly dehydrated caused several issues, including loss of focus, headaches, fatigue and poor moods.

The amount of water study participants were told to consume was only reduced by 1 percent for the control group, so even mild dehydration can take its toll.

So before you reach in the fridge for that cola or high-sugar energy drink, know there are plenty of natural ways to boost your energy. You need energy to function and keep up with the busy demands of life. And wouldn’t you want to wake up and face the day as refreshed as possible?

Power foods from your kitchen
Is your energy bar barring you from good health?