Home » General Health » When tremors and shaking could be something serious 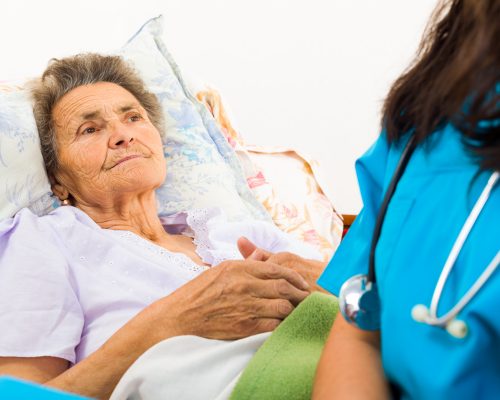 Good news if you know someone suffering from Parkinson’s disease, the degenerative condition known for its telltale shakes, tremors and difficulty with simple tasks.

A newly discovered gene could lead to an exciting new treatment.

The groundbreaking study of Parkinson’s disease was conducted by the University of California and led by Dr. Ming Guo, a practicing neurologist and professor of neurology and pharmacology.

After a five-year investigation of fruit flies and mice with mutated genes, Dr. Guo’s research team discovered the gene, called MUL1. They found that by providing an extra amount of MUL1, they improved the mitochondrial damage caused by mutated genes. By inhibiting MUL1, the damage was exacerbated.

“MUL1 dosage is key and optimizing its function is crucial for brain health and to ward off Parkinson’s disease, Dr.Guo says.” He told Medical News Today, “Our work proves that mitochondrial health is of central importance to keep us from suffering from neurodegeneration.” The more MUL1, the better for your brain.

According to the Parkinson’s Disease Foundation, the degenerative disease impacts up to six million people worldwide. Many of those living with the disease are in the United States, where between 50,000 and 60,000 new cases of Parkinson’s are diagnosed every year. This adds to the one million Americans who already have the disease.

The Centers for Disease Control and Prevention (CDC) ranks complications from Parkinson’s disease as the fourteenth highest cause of death in the U.S. Of course, the chances of developing it increase with age, but many people with Parkinson’s are diagnosed before they even turn 50. And men are one-and-a-half times more likely to have the disease than women.

Every year, the national costs associated with the disease are nearly $25 billion. Medication costs for someone with Parkinson’s are an estimated at $2,500 annually, while therapeutic surgery can cost as much as $100,000 per patient every year.

In Parkinson’s patients, the nerve cells in the brain that create dopamine die or don’t work properly. Dopamine is a chemical that sends signals around the brain, helping to coordinate movements. When the brain no longer produces enough dopamine, the symptoms of Parkinson’s disease appear.

These include tremor (shaking or trembling) of the hands, arms, legs, jaw or face, as well as slowed movements and posture problems. Not only this, but the patient can develop difficulty performing simple tasks, such as walking, buttoning clothes or cutting food, speech problems and in many cases depression. In some people, the disease progresses very quickly.

The cause of Parkinson’s remains unknown and there is no cure, only therapies or drugs to manage the symptoms.

But Dr. Guo’s team will test their findings on organisms far more complex than fruit flies and mice. They will also examine whether MUL1 mutations exist in some patients with inherited forms of Parkinson’s disease.

By doing this, they hope to uncover more functions and mechanisms of the new gene. This could lead to advancements in treatment and prevention, as well as a cure for the disorder altogether.