Home » Health News » When It Comes to Recurring UTIs, Is the Treatment the Problem? 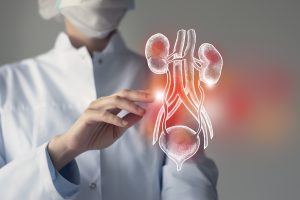 Urinary tract infections are no fun – especially if you deal with them frequently. And although anyone can get one, they are particularly prevalent among women.

Data shows that up to 80 percent of women develop a urinary tract infection (UIT) at some point in their lives, while about a quarter have frequent recurrences.

It is unclear why some women have repeat bouts, but a new study suggests that it may have something to do with current treatment methods.

UTIs are commonly treated with antibiotics to kill the bacteria causing the infections. However, the antibiotics may have an unintended consequence: they may set the stage for repeat infections by stripping the gut of beneficial bacteria.

A person’s population of gut bacteria, known as the microbiome, can play a sizeable role in overall health and immunity. Many factors contribute to the makeup of a person’s microbiome, and it can be in flux. Diet, as well as antibiotic use, can cause alterations.

If you’ve ever had digestive issues following an antibiotic cycle, you’ve felt the effects.

The microbiome houses certain bacteria that contribute to UTIs, mainly E.coli. UTIs often arise when bacteria move from the gut to the urinary tract.

Researchers decided to see if antibiotic treatments may contribute to some women’s battle with recurrent UTIs.

The small study featured 31 women, 15 of which had recurrent UTIs (three or more in the past year). Over the course of 12-months, researchers collected blood and urine samples and stool samples to get a reading on each participant’s bacterial composition.

Researchers found that women with recurrent UTIs tended to have a different-looking microbiome from those that did not. They tended to have much less diversity in “good” bacteria and fewer microbes that produced butyrate, which is a fatty acid that helps control inflammation.

The women who didn’t get UTIs were just as likely to have E.coli in their guts, which sometimes travelled to the bladder. However, the non-UTI participants seemed to be able to handle the potentially infectious bug.

The researchers theorized that carpet-bombing the microbiome may have prevented the UTI group from stopping subsequent infections.

Of course, what needs to be discovered is what really came first: was it the antibiotic treatment for the first UTI or was there a previous microbiome disruption that made the women more susceptible to infection?

There is good reason for concern over the use of antibiotics to treat UTIs. In some cases they are needed, but they may be over-prescribed to the point where they may be damaging.

If your doctor recommends treating a UTI with antibiotics, it may be worthwhile asking if it’s necessary and what other options are available.