Home » Health News » What’s the Deal with Rice? Is It Good for You, Bad, or Both? 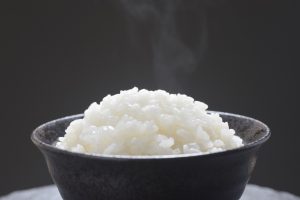 Sometimes it’s hard to believe how worked up some people can get about rice. It’s a versatile grain, and it’s hard to paint it all with one stroke.

It’s also hard to really knock it. After all, can inexpensive food that’s a staple for more than half of the world’s population really be that bad?

There are thousands of varieties of rice. In North America, we mainly know brown and white rice. But other colors exist, too. There is red, black, purple — the list goes on.

Some say that rice isn’t nutritious or that it can contribute to diabetes and weight gain, and that it has no room in a healthy diet. But the truth is that rice is a mainly healthy food, and even the target of most of the criticism – white rice – has a place in a healthful diet.

Let’s take a bit of a closer look at rice.

First, it is classified as either short, medium, or long grain. This is most identifiable by its texture when cooked. Short grain has a chewy texture; it’s what is served with sushi. Medium grain is more tender and sticks together more easily than long grain; arborio rice, used in risotto, is medium grain. Long grain rice, like basmati, brown, and jasmine, stays separate and is fluffy.

It also has different colours. Brown rice, for example, is considered a whole grain because it features the bran, endosperm, and sperm. White rice is stripped of its bran and sperm, leaving only the endosperm.

Whole grains like brown, black, and red rice are healthier than white. They feature three times as much fiber and more nutrients, although the nutrients between whole grain rice’s vary.

So, don’t stress about rice or listen to the noise about how bad it can be. Also, don’t feel like you’re married to one variety. Try various types with different meals to enjoy all it has to offer.