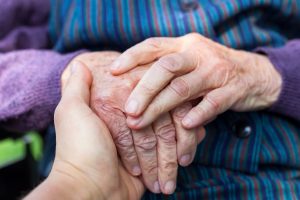 A vaccine for one of the most pressing future health issues could be on the way, and the world is excited.

It’s been a pretty big year for vaccines. The global community scrambled together to come up with, and rollout, a vaccine to help curb the cutting pandemic. Other researchers have recently released trial results for an Alzheimer’s vaccine.

Alzheimer’s disease is a major challenge facing aging populations, and there is currently very little available about how to stop it. According to the Centers for Disease Control and Prevention, or CDC, 5.8 million Americans were living with the condition in 2020.

That number is projected to triple by 2060 and the number of people living with Alzheimer’s doubles every five years after age 65.

So, a vaccine is a welcome addition to treatment options, which are lacking.

The recent conclusion of the phase 2 clinical trial found that an Alzheimer’s vaccine showed promise, but there is more work required.

The vaccine appeared to produce antibodies that could target and attack free-floating tau proteins before they were able to tangle and clog neurons and damage brain function.

“Tau tangles” and plaque formed by beta-amyloid protein are the main hallmarks of Alzheimer’s disease.

The lead researcher of the study, Kevin Novak, said that while amyloid may influence the speed that the disease progresses, it is tau that might be related to the cause of the disease.

The vaccine proved to be safe throughout the two-year trial. However, it did not show much benefit when it came to thinking, reasoning, and memory tests. A potential reason, however, was that it was a small study group and no participants had clinically diagnosed Alzheimer’s.

Another trial, however, did notice improvements when the drug was given to a smaller group with Alzheimer’s diagnosis.

The researchers are planning a follow-up trial before seeking FDA approval.

This is exciting news if it’s a viable treatment option. Be on the lookout for it but continue to practice a brain-healthy lifestyle in the meantime. That means a healthy diet rich in fruit and vegetables, activity, socializing and staying engaged, good sleep, and keeping weight, blood pressure, and cholesterol at “normal” levels.