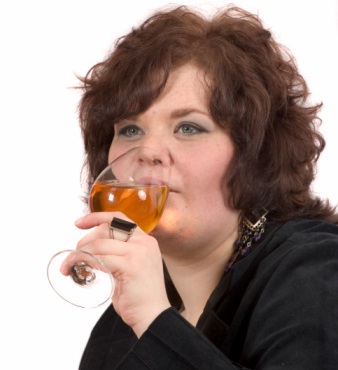 For decades, heavy consumption of alcohol has been associated with various cardiovascular diseases including hypertension and stroke.  Despite the health campaign initiated by physicians and other healthcare-related groups, the population of alcohol drinkers in society has remained the same.  It is thus important for the general public, with the aid of physicians, to monitor changes in their bodies and to implement healthy lifestyles that may improve cardiac care and prevent stroke.  These efforts may also help increase the chances to live longer.

According to a recent medical report published in the journal Hypertension Research, the effect of alcohol consumption may also vary in terms of the general health condition of the drinker.  Most of the earlier studies on alcohol drinking and cardiovascular diseases focused on establishing a direct relationship between the two factors.  However, it is also important to understand that alcohol drinkers can be further classified according to the amount or frequency of drinking performed within a specified duration of time.  Furthermore, individuals positively diagnosed with a cardiovascular disease may also be different from one another, in which some willingly take their prescription drugs for the disease, whereas others choose to ignore the medication and continue on with their daily lives.  Determining an individual’s risk for stroke should thus be based on the patient compliance to prescription drugs, as well as the quality of life that they are leading.

The results of the research study were based on a 13-year investigation of approximately 2,033 Japanese men without cardiovascular disease at the start of the study.  These men were monitored in terms of their initial blood pressure, which is considered as their prime sign in determining the type of cardiac care required by each individual.  The study participants were also monitored in terms of the frequency and amount of alcohol drinking performed for their entire study period.  Individuals who eventually developed cardiovascular diseases, including hypertension and stroke were identified and this information was correlated to the data on alcohol consumption and prescription drug intake.

The research study showed that the risk for stroke was highest among the study participants who engaged in heavy alcohol drinking.  Interestingly, this stroke risk was higher among men who were diagnosed with hypertension, as compared to the heavy drinkers without hypertension.  Interestingly, study participants who were hypertensive yet were not taking any prescription medication showed a different pattern for stroke risk, in which the men who have never engaged in drinking yet were hypertensive were observed to have the highest risk for stroke.

This recent medical report has further classified various types of responses of individuals to alcohol consumption.  The results of this study showed that indeed, heavy drinking is associated with a higher risk for stroke and thus prompts the person to give more attention to cardiac care.  However, it is also worthwhile to know that even among non-alcohol drinkers, the risk of stroke is high and thus it is important to understand the various factors that may help a person to live longer.

The investigators of the research study have included light- to moderate-drinking study participants, allowing us to better understand the influence of alcohol consumption on the chances to live longer.  The researchers suggested that alcohol consumption, when performed moderately, might impart a protective effect on the body, as shown in the lower risk for cardiovascular diseases among light alcohol drinkers in the study.  This specific group of drinkers may thus live longer than heavy drinkers or non-drinkers that do not comply with their medication.  In the case of non-hypertensive individuals, it is best to constantly monitor their blood pressure in order to determine whether there is a need to improve their efforts in cardiac care.