Home » Immune System » Respiratory » What Does a Chronic Cough Mean? 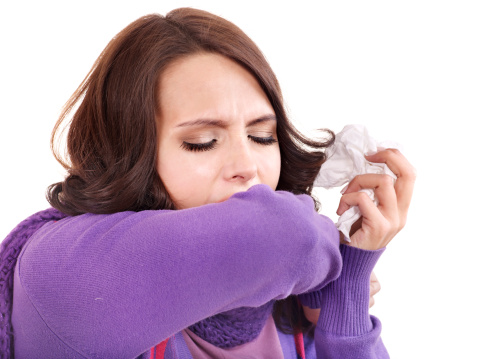 Many people, including medical professionals, believe that chronic cough is linked to another condition. It is symptom of something, rather than a condition in itself. But is this correct? U.K. researchers have come out saying that this may be false and, worse, could be preventing the development of new treatments.

A new study has looked closely at the issue of chronic cough, with two groups of researchers from different institutions writing papers. Chronic cough is one that lasts longer than two months; a true nagging cough that does not seem to vanish on its own regardless of how much cough syrup you guzzle. Estimates are rough, but anywhere from nine percent to 33% of adults are afflicted by chronic cough. Cigarette smoking is a big risk factor, as smokers are at about a three times greater risk of suffering chronic cough.

The causes of this kind of cough are many. Infections, bacterial or viral, acute or chronic, could be the cause. Other possible causes include airway problems, foreign bodies caught in the throat, tumors, heart disease and the use of pharmaceuticals (especially ACE inhibitors). Whatever the cause, chronic cough is one of the biggest reasons why people see doctors. For lung specialists, anywhere from one to four out of every 10 patients will present with a chronic cough.

The researchers suggest that doctors need to clearly diagnose the problem. They need to take into consideration  illnesses that are both common and rare. Sometimes the problem is the cough itself. Chronic cough could be causing swelling or transforming tissues in the airway. This, in turn, makes the cough reflex more acute and causes a long-lasting cough. Treating a chronic cough, they say, is twofold. First, you must identify if there is an underlying condition and deal with it. Second, you must help the throat and airways become less sensitive to cough.

The other study in “The Lancet” looked at how chronic cough can be managed. These researchers wondered how valid it is to say that chronic cough is usually tied to asthma, acid reflux or conditions in the upper airway. They think maybe a chronic cough can’t be treated just by treating the condition believed to be causing it.

They believe that research into effective cough treatments is being hampered by the belief that you can simply treat that underlying condition. This is, they say, “…jeopardizing the development of improved treatments.”

The researchers are calling for more research and better treatments. For now, if you suffer from a cough that lasts longer than eight weeks, ask your doctor or specialist to do two things: 1) Help diagnose any condition that may be causing it; 2) And help make your irritated throat less sensitive to the harsh reality of a cough. Because that in itself could make your cough keep on going.