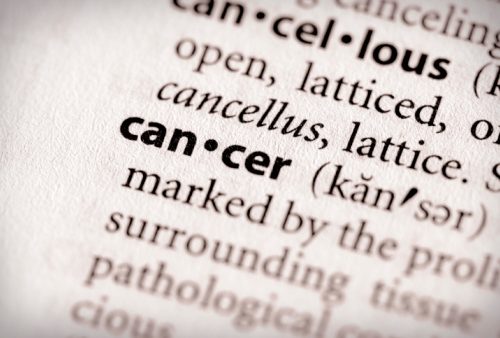 It is estimated that 16.15 % or approximately 1 in 6 men born today will eventually suffer from prostate cancer.  Although prostate cancer is rarely fatal when caught in the early stages, it still remains the second leading causing of cancer related death in men.     Fortunately, recent research has led to the identification of two separate genetic ‘signatures’ for prostate cancer which will help to improve patient prognosis and make it easier for doctors to choose the most appropriate form of treatment.

The diagnostic tests that are currently used to determine the severity of prostate cancer are considered moderately accurate at best.  However, researchers at The Institute of Cancer Research, London, and The Royal Marsden NHS Foundation Trust in the UK, have now discovered a correlation between specific gene sets and prostate cancer risk and severity. More specifically, the researchers found a clear link between a certain nine-gene ‘signature’ pattern, and the presence of castration resistance prostate cancer, or CRPC.  CRPC is a severe form of prostate cancer that is resistant to testosterone suppressing therapy, which is a commonly used form of therapy for the treatment of prostate cancer. Survival time with castration resistant prostate cancer varies widely, and because doctors were previously unable to identify the presence of it, patients would often be treated unsuccessfully with testosterone suppressing therapy.  This nine gene signature pattern was also correlated with patient survival time and the patients who had it lived on average for 9.2 months, while patients without this genetic signature survived approximately 21.6 months.

RELATED READING: The Most Unique Ways to Chill Out

Another signature gene pattern that can predict prostate cancer risk, type and severity was identified by researchers at the Tisch Cancer Institute of Mount Sinai School of Medicine in the USA.  The researchers of this study discovered that the presence of a set of six specific genes was correlated with an aggressive form of prostate cancer. The patients who had this signature gene set had a treatment resistant form of prostate cancer and they had an average survival time of just 7.8 months. In contrast, the low risk patients who did not have the six specific genes, had a survival time of 34.9 months.
Genetic ‘Signatures’ to Provide a Few Answers Regarding Prostate Cancer …and Risk

These two studies are considered revolutionary because it is the first time that genetic signatures have been able to predict the course of the disease and to provide an approximate survival time.   Also, in the past genetic tests could only be conducted via invasive tumor biopsies, but these genetic signatures can actually be identified through a simple blood test.

“There is an urgent need for predictive models that help assess how aggressive the disease is in prostate cancer patients, as survival can vary greatly,” said lead researcher of the Mount Sinai study, Dr. William K. Oh. “The genes noted in the model suggest possible changes in the immune system related to late-stage disease that warrant further study as a target for immune-based therapies … Our six-gene model, delivered in a simple blood test, will allow clinicians to better determine the course of action for their patients, determine clinical trial eligibility, and lead to more targeted studies in late-stage disease.”