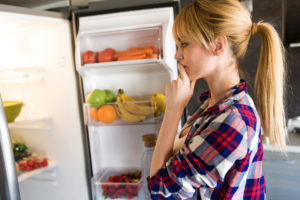 Research recently published in the Journal of Investigative Dermatology suggests that a Western diet may lead to skin inflammation and the development of psoriasis. Previous studies had suggested that obesity itself was the main risk factor for the development or worsening of psoriasis.
The study is the first to show the connection between a Western diet, obesity, and the risk factor for psoriasis. The common and chronic skin disease speeds up the life cycle of skin cells. It causes cells to build up rapidly on the surface of the skin, which forms scales and red patches that can be itchy and sometimes painful.

The Western diet is characterized by a high dietary intake of sucrose and saturated fats, and low intake of fiber. Sam T. Hwang, professor and chair of dermatology at UC Davis and senior author on the study spoke about diet and skin inflammation saying, “In our study, we found that short-term exposure to Western diet is able to induce psoriasis before significant body weight gain.”

Hwang and colleagues analyzed mice for a duration of four weeks who were fed a diet mimicking the Western diet in humans. They found that the mice on the Western diet had significantly increased ear swelling, and visible dermatitis compared to mice fed a controlled diet and those on a high fat diet alone.

The Regulation of Skin Immunity

Researchers identified the mechanisms by which inflammation happens from a Western diet including bile acids as key signaling molecules in the regulation of skin immunity. Bile acids are produced in the liver from cholesterol and metabolized in the intestine by the gut microbiota. They are crucial for dietary lipid absorption and cholesterol balance in the blood.

Consuming a healthy diet has been shown to help relieve some symptoms of psoriasis. Reducing alcohol, gluten, and nightshades—members of the plant family that includes tomatoes, potatoes, eggplant and pepper—has been shown to lead to noticeable improvements in symptoms. Adding fish oil, vegetables, and vitamin D have also been found to be helpful as well.

This research helps to show the relationship of the Western diet and various health issues. Eating an unhealthy diet does not only affect the waistline alone but can trigger other health problems such as skin inflammation. Hwang and his team emphasize that although this research was able to show connections between diet and psoriasis, further studies are needed to better understand the mechanism behind diet-induced skin inflammation and the interaction between metabolism, microbes and immunity.