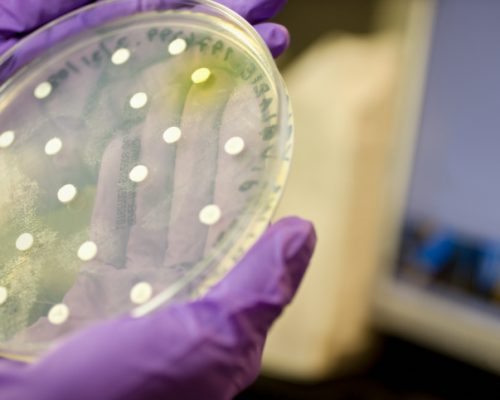 Colon cancer is the third most commonly diagnosed type of cancer in the United States. Sadly, the American Cancer Society estimates that more than 90 thousand new cases will be diagnosed this year. It is no surprise that millions of dollars go toward colon cancer research every year in an effort to better understand the disease, prevent it and treat those who suffer from it.

In 2013, the U.S National Cancer Institute spent close to 240-million dollars on colon cancer research – and this is just one organization. Many other groups in the United States and around the world are pouring millions into research efforts.

While we can’t say there is a cure for colon cancer today, we do know that medical researchers are making progress. In fact, a team of researchers at the University of Minnesota recently announced that they have identified two strains of bacteria they believe are linked to the progression of colon cancer. This discovery could help doctors pinpoint people with a high risk of getting this cancer.

The link between colon cancer and bacteria 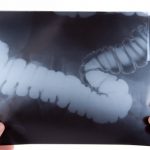 Doctors have long suspected there is a link between a person’s general stomach health and colon cancer. Research across the globe has indicated that changes in gut bacteria occur in those who suffer from colon cancer. Until now, not a lot of research has worked to determine if there is a single characteristic in the bacteria that is common to colon cancer cases.

During their research, the Minnesota team was able to identify two strains of bacteria that can overpower the body’s defence mechanisms, including a new culprit called Providencia.

Some strains of Providencia have been known to cause urinary tract infections in humans, while other strains can be found in the body fluid of fruit flies. The team of researchers found the genes of both Fusobacterium and Providencia were more plentiful in 44 human colon cancer samples compared with healthy intestinal tissues.

In 2011, medical research found that Fusobacterium flourishes in colon cancer cells. However, the new study; which has been published in the journal Genome Medicine, is the first to link Providencia to colon cancer.


What the new findings mean to cancer patients 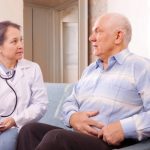 Understanding what bacteria can contribute to cancer in the large intestine could help medical professionals better identify people who are at high risk for colon cancer.

Researchers involved in the study believe if you could see changes in the micro-organisms in our body before a tumor develops, it would be “fantastic” for early detection. They also suggest this latest discovery could help lead to better treatment and prevention of the cancer.

Right now, antibiotic drugs are used to destroy H. pylori, a microscopic organism that is known to cause stomach cancer. Medical officials are now wondering if it is possible antibiotics or similar traditional medications can be applied to other cancers, particularly in cases where different bacteria use the same biological mechanism to cause disease.

Most oncologists agree that colon cancer is a food-related cancer. This means that what we eat has a lot to do with our chances of getting colon cancer. Everything we eat passes over the lining of our digestive tract. The lining is exposed to both good and bad bacteria, as well as chemicals from the food we eat.

Studies indicate that plant-based diets prove to be best if you want to avoid being in the high-risk zone for getting the disease. A diet high in red meat has been associated with an increased risk of colon cancer.

Adding a daily dose of garlic to your diet is also a good idea. Research shows that garlic has been linked to lower the risk of several forms of cancer, but especially cancers associated with the gastrointestinal tract. The World Health Organization recommends a daily dose of two to five grams of garlic. Also, brightly colored fruits, vegetables, spices and herbs provide antioxidants to the body

Other studies have looked at ginger, turmeric and calcium. It seems turmeric absorbs slowly in the bloodstream. It stays in the gut thus having a good anti-inflammatory impact on the gastrointestinal tract. Research on ginger consumption also shows it lowers inflammation in cancer patients. While studies are ongoing, some research on calcium intake through both diet and supplements suggests that it could help reduce the risk of colon cancer.

If there is a history of cancer in your family or you are currently a cancer sufferer, it is important to consult with a doctor about your daily diet and treatment strategy. The rest of us may want to keep the old adage, “you are what you eat” in mind.