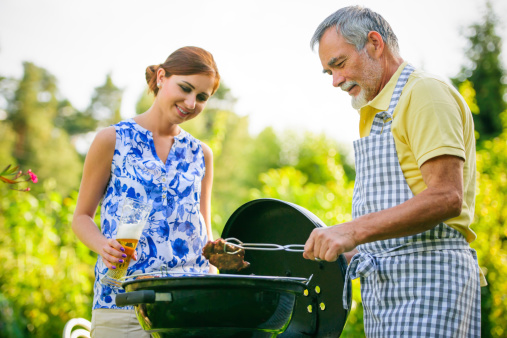 The statistics are almost overwhelming. In 2013, about 1,600 Americans died of cancer each day, the American Cancer Society says.

Cancer remains the second most common cause of death in the United States, accounting for nearly one of every four deaths.

It’s no wonder cancer prevention constantly is on the minds of health advocates, but the causes of this disease seem endless, from toxins in household cleaners and furniture made from particle board, to tobacco use and a family history of cancer. Now some experts say eating meat is as risky as smoking, when it comes to cancer causes. Forget that weekly steak dinner.

An international study published in the journal Nutrients, in December 2013, indicated that specific lifestyle factors, such as smoking and eating a lot of animal products, have a strong link to cancer. Researchers analyzed cancer rates for 21 different cancers from almost 200 different countries. As part of the investigation, the Food and Agriculture Organization of the United Nations provided dietary information dating back to 1980.

This global perspective showed breast cancer, ovarian, prostate, testicular, kidney, pancreatic and thyroid cancers were the most common cancers in those who consumed a lot of animal products.

Why Meat Could Cause Cancer

The World Health Organization (WHO) reports that about 30 percent of all cancers in western countries can be attributed to diet choices. The researchers in the international study say animal products may increase cancer risks because they promote growth of the body as well as tumors by producing insulin-like growth factor-I (IGF-I).

Some meats, such as red meats, have a carcinogenic compound that forms during the cooking or processing period. Meat that is cooked on an open flame or at very high temperatures creates chemicals known as heterocyclic amines (HCA) and polycyclic aromatic hydrocarbons (PAH) that have been connected to cancer. Other research suggests that the high fat in meat increases hormone production, which in turn can increase the risk of hormone-related cancers like breast or prostate.

News that animal products could increase the risk of cancer may not come as a big surprise, especially since scientists have been suggesting there could be a link between red meat and colon cancer for more than a decade. A pair of studies conducted in 2005, one in Europe and another in the United States, showed that people who ate the most red meat – about five ounces a day or more – were about one-third more likely to develop colon cancer than those who consumed less than one ounce per-day. At the same time, the studies showed that a high consumption of fish seemed to reduce the risk of colon cancer by one-third. Chicken didn’t seem to influence risk either way.

Not everyone is convinced that meat is the enemy. The National Cancer Institute indicates that studies are ongoing and that the most definitive evidence has come from animal models as opposed to humans. And one of the difficulties is determining the exact level of harmful chemical a person is exposed to when they consume meats.

People metabolize differently and have different enzyme activity that could lead to variations in exposure. People also may be exposed to atmospheric pollutants that do the same damage from other sources, such as secondhand smoke or air pollution.

While eating more leafy greens and legumes is always a good bet, meat eaters don’t need to lock up their steak knifes just yet. If you smoke, kick the habit, and enjoy meat in moderation as part of a healthy, balanced diet.