This week’s health news roundup presents the latest research on ulcerative colitis, colon cancer, celiac disease, psoriasis, and urinary tract infections. This week, we discussed fatigue associated with ulcerative colitis, the differences between colon cancer and Crohn’s disease, increased rates of migraine due to celiac disease, psoriasis treatment reducing the risk of other health complications, and inflammation in UTI caused by E. coli. 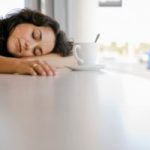 Ulcerative colitis causes fatigue and inflammation in the lining of the colon and rectum. Nearly 75 percent of inflammatory bowel disease (IBD) patients – including those with ulcerative colitis – experience fatigue during a flare-up.A 2011 study also revealed that nearly 30 percent of participants had fatigue even when not experiencing a flare-up.

Fatigue is much more than simply feeling tired. It can get so bad that it may actually impair one’s ability to carry out daily functions. The worse part about fatigue is its unpredictability. Fatigue can strike like lighting, turning a person from being full of life and energy to feeling completely wiped out.

In ulcerative colitis, fatigue may be your body’s response to inflammation in the colon. Fatigue could also be related to anemia, malabsorption of nutrients, side effects of medications, poor sleep, being overweight or underweight, and pain. Emotional stress could trigger fatigue, too. Continue reading… 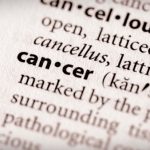 The colon cancer vs. Crohn’s disease debate is generating a lot of interest in the medical community, and rightly so. Every year in the U.S., approximately 57,000 people die from colorectal cancer and 147,000 new cases are diagnosed. According to the journal Oncology, there is a substantial body of evidence demonstrating that chronic inflammation is a predisposing cause of cancer. People with inflammation of the colon are at a higher risk for developing colorectal cancer than the general population. 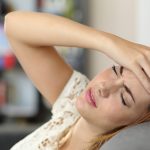 Research suggests that people with celiac disease and inflammatory bowel disease are more likely to suffer from migraine headaches.

A migraine is a severe headache that can start with sensory warning signs like flashing lights, blind spots, tingling in the arms and legs, as well as sensitivity to sound and light. These headaches come with extreme pain and can last for several hours or even several days.

For many years, medical scientists in Europe have believed there is a connection between the digestive tract and the brain. However, this is the first time American researchers have linked celiac disease and inflammatory bowel disease with migraines.

Researchers at the Neurological Institute at Columbia University Medical Center in New York City took a detailed history of over 700 people and used a four-page questionnaire to determine if the participants had any problems with their digestive tract, with celiac disease, and with migraine headaches. They also looked at lifestyle factors such as smoking, alcohol consumption, coffee habits, and wheat consumption. Continue reading… 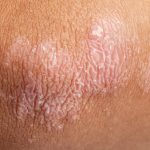 Treating psoriasis reduces the risk of other ailments: Study

A new study has found that treating psoriasis may reduce the risk of developing other health problems. Psoriasis is an inflammatory skin condition, and because the associated inflammatory processes can give rise to other health complications. An estimated 7.5 million Americans suffer from psoriasis.

The study suggests that proper treatment and management of the skin condition may help reduce the risk of other health problems in psoriasis patients. The goal of psoriasis treatment is to reduce inflammation, which translates into improved overall wellbeing. Continue reading… 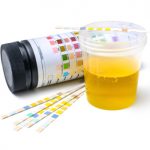 Urinary tract infection (UTI) caused by E.coli triggers inflammation through FimH protein attachments on the cell surfaces. Most common among women, UTIs are typically caused by E.coli bacteria. The infection takes place when E.coli travel though the urethra to the bladder. UTIs can be quite painful and result in burning sensations when urinating, lower back pain, and urinary frequency. The research teams at the Biozentrum and the Pharmazentrum of the University of Basel and the Institute of Molecular Biology and Biophysics at the ETH Zurich, have found how bacteria attach to the urinary tract through the protein FimH, which allows them to travel up the urethra.

Sitting at the tip of a bacterium’s extension, FimH forms a tiny hook to attach to the cell surface of the urinary tract. What so special about FimH is its characteristic ability to bind even stronger to the cell surface while being pulled away. That’s why, instead of being pushed out during urination, FimH protects the bacterium, which ultimately ends up in the urethra.

Researcher Professor Rudolf Glockshuber said, “Through the combination of several biophysical and biochemical methods, we have been able to elucidate the binding behavior of FimH in more detail than ever before.”

Fellow researcher Professor Timm Maier said, “The protein FimH is composed of two parts, of which the second non-sugar binding part regulates how tightly the first part binds to the sugar molecule. When the force of the urine stream pulls apart the two protein domains, the sugar binding site snaps shut. However, when the tensile force subsides, the binding pocket reopens. Now the bacteria can detach and swim upstream the urethra.” Continue reading…

Urine specific gravity test: How well your kidneys are diluting your urine